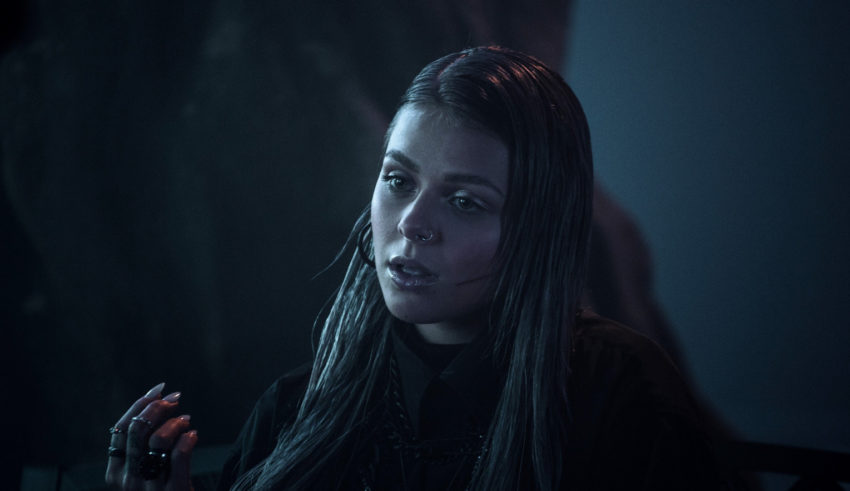 Bulgarian National Television (BNT) just dropped one of the more intriguing and anticipated entries of the Eurovision 2020 season in VICTORIA’s “Tears Getting Sober.”

A conspicuous absentee from the 2019 contest, Bulgaria returned in 2020 with much fanfare with the early reveal of 22-year-old Victoria Georgieva as their internally selected artist in November 2019.

As a predominantly privately funded entry, BNT promised a young artist who would co-write a song with a familiar hit machine (announced early as the familiar team of Borislav Milanov, Lukas Oscar and Cornelia Wiebols), and in “Tears Getting Sober” they delivered a modern entry the younger Eurovision fan demographic can get behind.

VICTORIA told Eurovision.tv that “[i]t tells a story about overcoming your fears and pain and moving forward. We don’t speak often about the mental health problems our generation faces and this song aims to inspire them and to give them hope.”

VICTORIA shot to fame in Bulgaria in 2017 competing on the 4th season of that country’s X Factor. She competed on the same season as Kristian Kostov (Bulgaria’s 2017 representative who came in 2nd with “Beautiful Mess”), and though she did not win, she still ended up with a record deal from Monte Music. With them, she released “Nishto Sluchaino,” featuring Niki Bakalov & VenZy.

She had a breakout hit last summer with “I Wanna Know,” and her debut album is scheduled to drop some time later in 2020.

At the artist reveal, VICTORIA said, “In the beginning of 2019, I just couldn’t imagine how many opportunities will open up for me. I am proud to be the Bulgarian artist in Rotterdam. I am privileged to be able to make music that I believe in and to have the freedom to be who I am. Being the Bulgarian ambassador on such a huge stage is a big responsibility.”

VICTORIA will perform “Tears Getting Sober” in the second half of Semi-Final 2 on Thursday, May 14, 2020.

After a run of rotten luck from their debut in 2005 to 2013 (with Elitsa & Stoyan’s 5th placed “Water” at Eurovision 2007 being the only Grand Final qualifier in this period), Bulgaria withdrew from the contest. But when they returned, they returned with a vengeance in 2016, with Poli Genova’s 4th placed “If Love was a Crime” at Eurovision 2016 becoming a massive fan favorite, followed by their best showing in 2017 with Kristian Kostov’s 2nd placed “Beautiful Mess.”

What do #YOU think of “Tears Getting Sober?” Do #YOU think this marks a glorious return for Bulgaria to the contest? Let us know in the comments below, in our forum, or on social media.