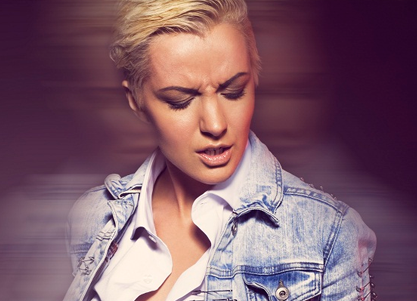 Montenegro had always been a country to first select their representative in upcoming edition of Eurovision Song Contest. Throw back in 2014, when Sergej Cetkovic represented this Balkan country the official confirmation came in early August! The same thing happend with Knez and boy-band Highway who was the very first contestants selected for the years. It always turn out that the first rumors are completely true! (We do not count Vasilije Ojdanic here, as the Internet is full of selfish people with unlimited internet connection)

So we may say – Milena Vucic is Montenegrin choice for Ukraine 2017 and the preparations has already started!

The General Director of RTCG (official Montenegrin broadcaster) recently at the meeting of the Council announced that Milena Vucic expressed the desire to represent Montenegro at the forthcoming Eurovision Song Contest and it will be at one of the next sessions to actualize the issue.

Who is Milena Vucic?

Milena Vucic is a Montenegrin pop singer. Ten years ago, as a 19 years old girl, won the prestigious music festival Suncane Skale with her song “Da l’ ona zna” in two categories — best song of the summer and the best rising star. Since then she has released a string of successful pop songs which boomed music charts of all Balkan.

Why Eurovision? Why do you want to go this year? – She answered these questions to the most-read Montenegrin newspaper magazin, saying:

I consider this as a life call. For many years I have been working hard, believing that the numerous awards that I have won the songs are enough, but you need to fight for yourself to succeed. I really want to get the opportunity to represent my country and make all Montenegrins proud.

The final decision is about to be make by Montenegrin broadcaster, but Milena Vucic is very optimistic.

I hope that we can make a common path to Montenegro in Europe through music and get presented in the best light, adding she is ready for Eurovision obligations – I am always ready for the big things. You are, or you are not and the action speaks more than words.

She added that the preparations are in fully speed and there is already her vision of the actual song.

I’m ready to move the line with powerful and majestic song in English, as well as with demanding choreography.

It all seems like RTCG cannot reject her. As a Montenegrin I can say that Milena Vucic would be the best choice for Montenegro right now as she is one of our most famous singers. This girl takes and doesn’t left. She has very powerful voice and sells the final product – easily. She knows the stage and owns it. Live performance is one more advantage for her as she just cannot be static on stage – full of energy.

At the end, we conclude that Montenegro is on the right doors for 2017!

At this link, you can listen to her and her song ‘Luce‘ who was composed in 2007!

What do you think? Is Milena Vucic right choice for Montenegro and Eurovision 2017?