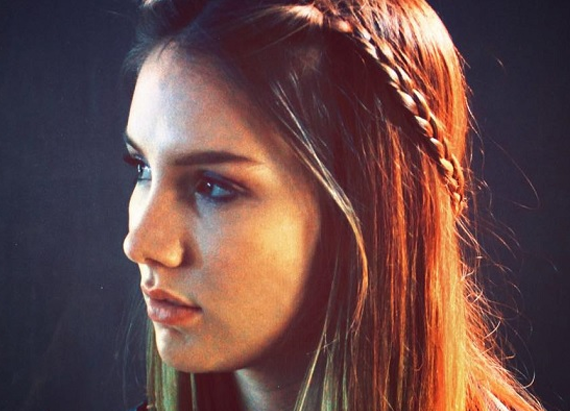 The next edition of the Eurovision Song Contest to be held in Kyiv, is getting closer day by day. With everyday, we learn new things about the upcoming contest, and today we learned that Belgium will be represented by Ellie Delvaux, who also goes by the nickname Blanche.

This year the broadcaster that is responsible for Belgium’s participation at the Eurovision Song Contest, will be RTBF, who is from the French side of the country. Since Belgium is split in 2 regions, with the Dutch speaking and the French speaking people.

RTBF also internally selected Loïc Nottet, almost 2 years ago, when he represented the country with “Rhythm Inside” in Vienna.

Her name is Ellie Delvaux, and she also goes under the performer name “Blanche”. She competed in the fifth season of “The Voice Belgique”, and was coached by the French duo Cats on Trees, during her time in the competition. While she competed in The Voice, she was using her name, but for Eurovision she will perform as Blanche.

The news about Blanche representing the country, was announced this afternoon on the facebook page “The Voice Belgique RTBF”.

Blanche will perform a self-written song, which she is currently working on, the song is penned by her, and the lead singer of the group Roscoe, Pierre Dumoulin.

The song she will sing in Kyiv will be revealed at a later point.

With past success such as Loïc Nottet and Roberto Bellarosa, who both were also former competitors of “The Voice Belgique”, RTBF has kept their formula of selecting artists from the show to represent the country, however news about the song she will sing in Ukraine is still unknown.