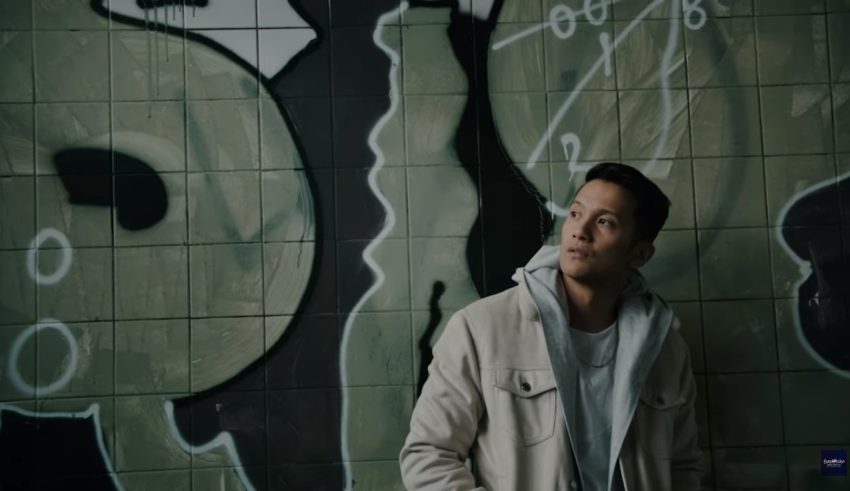 Written by Bueno himself, “Alive” is a funky, fresh, up-tempo song that many YouTube users have already likened to a combination of Bruno Mars, Usher, and Michael Jackson. The video also features some slick choreography and showcases some impressive moves by Bueno.

According to Bueno, “Alive” is about liberation from one’s own ego and feeling alive “again” having achieved that.

That sense of liberation was also evident from the start of the song creation process when Bueno brought his original song idea to ORF and the selected production team.

As he told Eurovision.tv, “The song itself has undergone massive evolution and got a good push in the final sprint. I worked with very young producers and composers (David, Davey ‘Yang, Felix van Göns, Artur Aigner), who will definitely be involved in the Austrian music scene in the future. While the song was being created, everyone on the team was able to experience how much the song was evolving, especially when everyone freed themselves from their own egos and opened up to each other.”

With Bueno’s selection, Austria have again changed tack at Eurovision, opting for an artist with an up tempo dance number after 2019’s PAENDA, who did not make the Grand Final with the slower, ambient experimental entry “Limits,” and 2018’s 3rd placed Cesar Sampson and his suave and soulful “Nobody But You.”

What do #YOU think of “Alive”? Does it make #YOU feel alive, or are #YOU an unstruck matchbox in response? Let us know in the comments below, on social media, or in our forum.