Home 2021 Austria: The lights shine on Vincent Bueno for his first rehearsal! 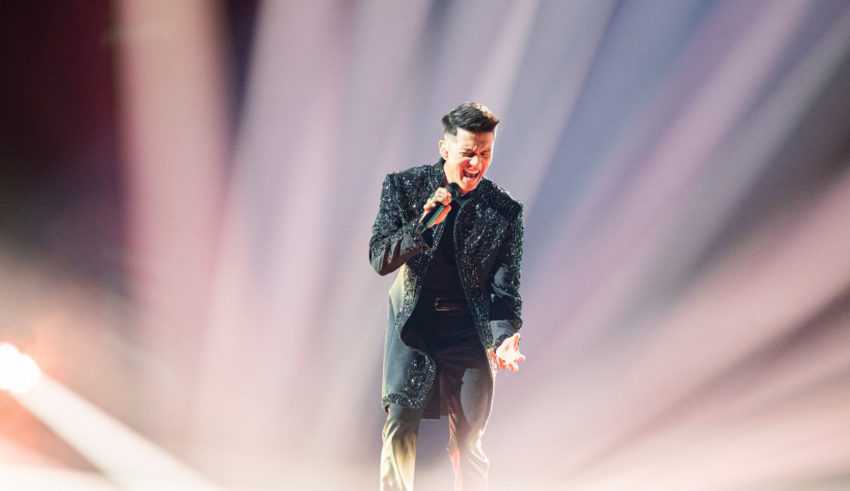 Vincent Bueno arrived in Rotterdam for his first rehearsal! Will we thank him and say amen for his amazing performance? let’s find out!

Austria is keeping it very simple this year. They are bringing us a prop in the sense of a runway where Vincent is standing on throughout the entire performance. The overall feeling of the staging is dark with only a couple of lights coming up from behind him and besides him. The camera angles cover a lot of different angles and mostly focus on wideshots. There was no LED background throughout the performance either. Everything is focussed on Vincent and the lighting.

Vincent himself is the main point of the performance and his vocals were on point during the rehearsals. He is wearing a rather typical black suit with a lot of glitter and stones all over it. As mentioned before, there aren’t many more things to cling on to. Just a runway, a lot of lights and Vincent.

Personally, I think it was wise to go for a minimal staging. However they could have done way more and way better trying to make it feel more intimate and emotional. There were a few good shots, but the overall feeling that I am left with is kind of underwhelmed. The lighting is cool in a lot of shots, but I feel like pretty lights can only bring you so far. They could try to get more intimacy into the performance in later rehearsals, but there were things left to be desired.

What do #YOU think of Vincent’s rehearsal? Do you think the staging fits the song? Share your thoughts with us in the comments, on our forum HERE or on social media!