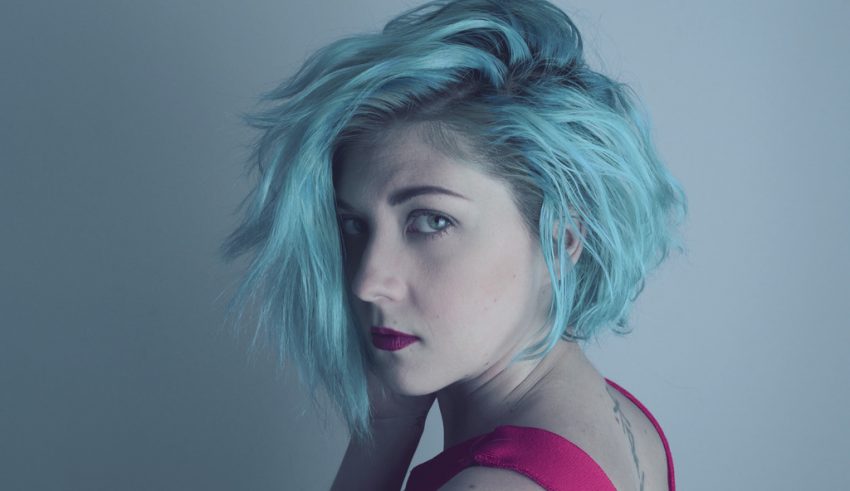 In keeping with the “Dare to Dream” theme of Eurovision 2019, Austria’s Österreichischer Rundfunk (ORF) have announced an audacious pick to follow up last year’s 3rd place finish by Cesar Sampson, with young electropop artist PAENDA being selected with a song called “Limits” to represent Austria in Tel Aviv, Israel.

The temptation to keep the same songwriting team behind Sampson was there, as members of that team also guided Bulgaria’s Poli Genova to 4th in 2016 with “If Love Was A Crime” and Bulgaria’s best ever entry Kristian Kostov’s “Beautiful Mess” in 2017, but Austria have opted to go bold with a unique and experimental female singer – songwriter in PAENDA from Styria.

And it is PAENDA’s idiosyncrasies that Austria are counting on to deliver another great performance. As ORF’s Program Director Kathrin Zechner explained, “PAENDA is an outstandingly versatile artist and woman, who not only composed and wrote, but also produced the songs she sings. These are her own emotions, experiences and her soul that she expresses and with that, she will cast a spell over the audience.”

PAENDA, though trained in guitar and piano and having studied jazz in Vienna, made waves with the release of her first album “Evolution I” in February 2018, with the singles “Waves” and “Good Girl” earning both critical and popular acclaim. “Evolution II” is set to be released in April 2019. Being a multi-instrumentalist and well versed in several genres, PAENDA’s “Limits” should present a threat to the already strong line-up of artists being sent to Tel Aviv.

Whatever PAENDA has up her sleeve for Eurovision, it will not be a canned effort and will be in keeping with the style that has kept her fans surprised yet mesmerized since 2015. As she told ORF during her reveal, “Music becomes a universal language, boundaries dissolve and it is shown that love is colorful, diverse and can not be classified in any drawer. The contest is a bridge builder that manages to unite different cultures and religions for a while. Now I’m allowed to sing for Austria and I am overwhelmed. It really means a lot to me to be part of this message to the world.”

What do #YOU think of Austria’s selection? Comment below or in our forum!