Home Australia Australia: Montaigne’s song will drop on the 5th of March! 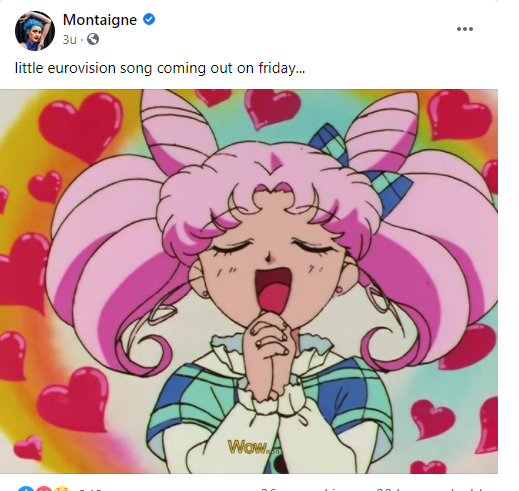 Australia’s representative, Montaigne (stage name of Jessica Charro) has made a facebook post in which she has revealed the drop date of her Eurovision entry: We can expect it on Friday, the 5th of March at a currently unspecified time.

Since Australia are half a day ahead of Europe in time, the release could happen as early as Thursday evening.

Earlier, the Sydney-based singer had shared a snippet of her song:

The same internet sleuths who ‘discovered’ the Slovenian and Belgian song titles ahead of release also found a registered Montaigne song by the name ‘Technicolor‘ strongly suggesting this is indeed the Australian entry. Bear in mind: these are rumours, they might be proven wrong on Friday… but they are likely to be true.

Last year, Montaigne would have represented the antipodean nation with the song “Don’t break me“. The artpop ballad, whose stage show featured Montaigne dressing up like a mime and was taped in one continuous camera angle, received mixed reviews from fans and critics.

Regardless, Australian broadcaster SBS have released a video of Montaigne performing her song according to the staging concept they had in mind.

This Friday we shall finally know what Montaigne has in store for us, ‘Technicolour’ or otherwise.

Are #YOU excited for Montaigne’s entry? Share your opinions on social media or in the comments, or join the discussion on our forum HERE.