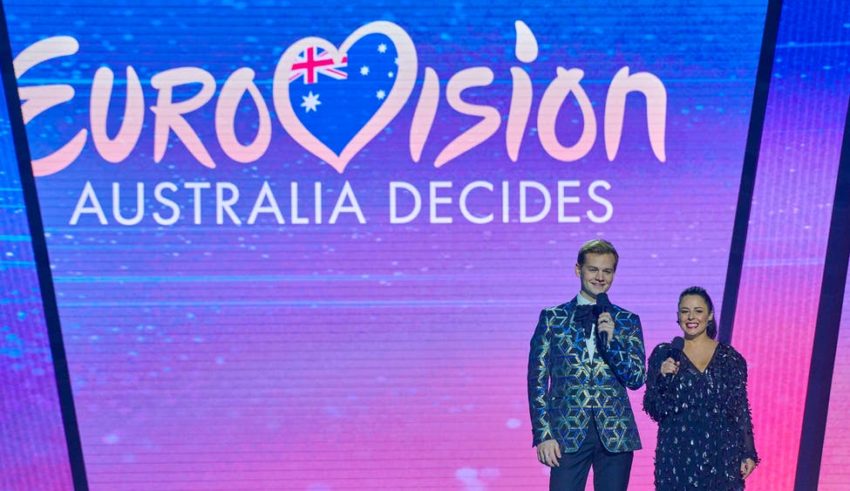 We finally have the names of every artist competing to represent Australia at Eurovision next year … or do we?

Australian broadcaster SBS announced in a press release today that Charley, Voyager, Jude York, and Seann Miley Moore. will be competing at Australia Decides in February of next year. They join the following previously announced acts:

Pop songstress Charley is a newcomer to the Australian music scene. The Gold Coast-native signed a record deal with EMI in 2020. She released her debut single, “Hard for Me”, in March of this year.

Voyager is a synth-pop-meets-metal act that has released seven studio albums since forming in 1999. The band was briefly featured in a video package shown during the previous Australia Decides that spotlighted acts who barely missed out on a competition slot. As host Joel Creasey teased in his introduction to the segment, “next year, people.”

Jude York was also featured in that video package as one half of The Beamish Brothers, a singing duo Jude formed with his brother Ben. The 22-year-old was the first songwriter revealed by SBS last month. At the time, the artist who would perform his song, “I Won’t Need to Dream”, was unknown. Mystery solved! It will be performed by the man himself. In an interview with Aussievision timed to that announcement, Jude discussed his queer identity and the importance of seeing that identity reflected in popular culture.

Seann Miley Moore has similarly been outspoken about the need for queer representation in media. The genderqueer artist appeared on The UK version of The X Factor in 2015, reaching the live shows and placing 10th. He also competed on the recently-completed season of The Voice Australia, as part of Eurovision 2018 artist Jessica Mauboy‘s team. His performance of Andre Bocelli and Celine Dion’s “The Prayer” earned him a four chair turn during the blind auditions, but he was eliminated in the knockout rounds.

In addition to these four names, SBS introduced a twist to this year’s selection: ‘The Tik Tok Wildcard’. Starting now, interested Australian singers can post an up-to-one-minute-long live vocal clip to Tik Tok and hashtag it #EurovisionAustralia. A panel of industry experts will review the submitted videos and select one act to join as the 11th competitor at this year’s Australia Decides.

As an added bonus in today’s announcement, the broadcaster revealed that Keiino, the Eurovision 2019 act that placed 5th for Norway, will be on hand for a special guest performance. The trio’s song, “Monument”, recently won the OGAE Second Chance Contest.

Who are #YOU rooting for at Australia Decides this year? Does not having a Tik Tok account make me 900 years old? Sound off in the comments below, in our forum, or on social media @ESCUnited.