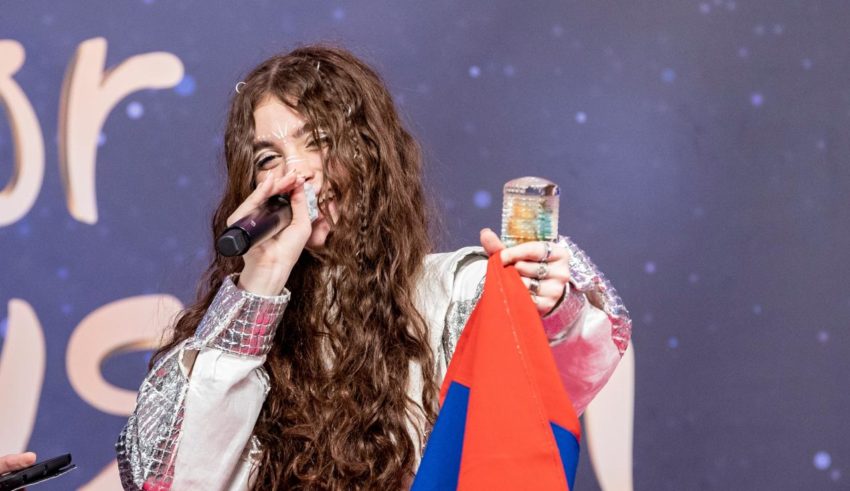 About the future hosting in 2022 , Hovhannes Movsisyan, CEO of Armenian Public Television said:
‘From the very first day we released Qami Qami we believed in Malena’s victory and were looking forward to hosting this major event. Armenians are very excited about our comeback into the Eurovision family, and even more thrilled to host this spectacular event next year. Welcome to Armenia!’

Maléna’s Junior Eurovision journey already had a rocky road before winning the contest last sunday. In 2020, Maléna had been internally selected to perform Why at the Contest before Armenia decided to withdraw.  this year, she came back stronger than ever with a new song called Qami Qami. The song is produced by Tokionine and the lyrics are written by Vahram Petrosyan, Tokionine, Maléna and David Tserunya. Maléna’s song Qami Qami impressed both viewers and juries, earning a grand total of 224 points, which was enough to finish in first place.

Are #YOU excited that Armenia will be hosting Junior Eurovision 2022? Share your thoughts with us on our forum HERE or join the discussion below and on social media!