Home 2019 Another Eurovision season, another debate on the return of the orchestra 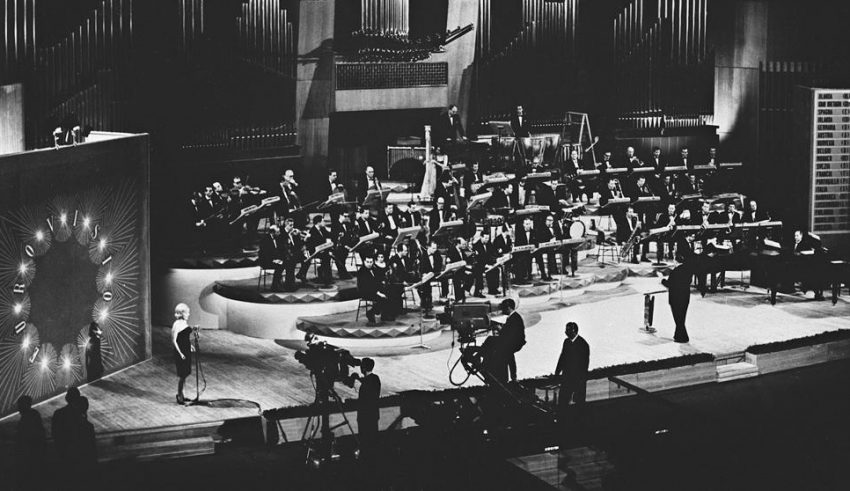 The first national final of the Eurovision 2019 season began on December 20 with Festivali i Këngës 57. For many long-time fans, the Albania national final recalls the days of the past because of its inclusion of an orchestra, which has not appeared at Eurovision since 1998.

Thus, it is not expected that year after year, we return to the debate as to whether or not Eurovision should aim to bring back the orchestra.  This year was quite interesting at Festivali i Këngës as there was an attempt to modernize the festival by presenting the entries more in the current vision of Eurovision (e.g., more focus on showmanship, perhaps less of musicality?).

About five years ago, ESC United included thoughts from two experts who advocated for the return of live music.  While I played devil’s advocate, Bas and Tin actually had very well thought out responses.  You can find those interviews here and here.

In all honesty, I had wanted this editorial to attempt to offer a counterpoint to what Bas and Tin had shared.  But as I returned to their interviews, I found myself on their side.

The only thing I could state (and likely they each would have a response to) is that a major deterrent could be the required additional logistics that including an orchestra would provide. First, where would the orchestra be placed? This may be an issue this year in particular as some fans have argued the chosen site for Eurovision 2019 is too small. Personally, I believe the orchestra could have a space on the stage as in past years, and camera angles could help hide them as needed.  However, aside from physical logistics, there is likely also the concern of staffing. It simply may be too easy of an excuse to say that what the orchestra can provide, the backing tracks can provide with less resources.

As Bas noted, “In 2001, Dutch broadcaster NOS explicitly proposed to the European Broadcasting Union the opportunity to ‘give away’ the Dutch broadcasting band, the Metropole Orchestra, for the Eurovision Song Contest to whichever country would organize the festival that year in case this country did not have a suitable orchestra of its own. Incredibly, but true, the EBU high-handedly turned down this proposal!” For the EBU, perhaps what was simpler and thus more feasible was seen to be the backing tracks.

With that said, rather than attempting to provide all the answers, I figure it is best to use the strengths of the ESC United readership and get your thoughts.  There are definitely so many perspectives we have to consider when discussing the return of the orchestra, from the quality of the music presented to the feasibility of running a show that has grown in size since the orchestra last appeared in 2008.

What do #YOU think? Should an attempt be made to bring the orchestra back? Share your thoughts with us on our forum HERE, or join the discussion on social media and below!