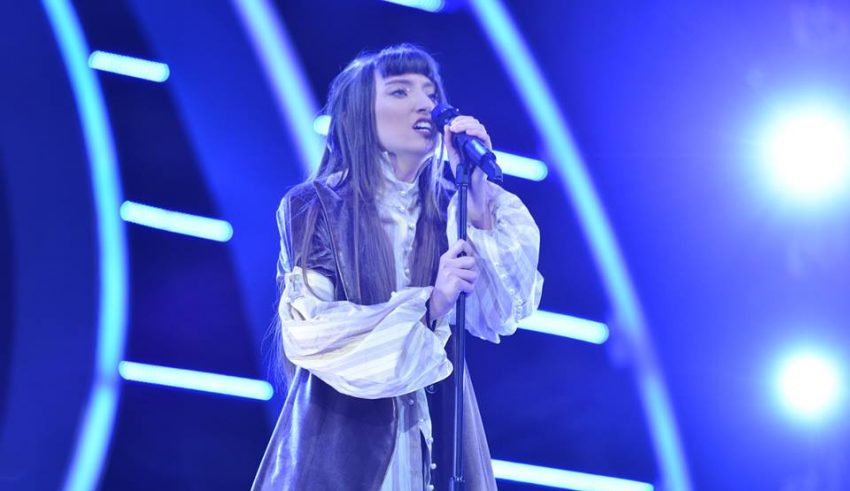 The love was real as the Georgian public made it known that Liza Kalandadze was the winner of Georgian Idol’s third live show with her rendition of Sergi Gvarjaladze’s “Artificial Love.”

Heading into this weekend, Kalandadze looked to have the toughest assignment with deep voiced crooner Gvarjaladze’s ballad, but she nailed it. Assignments outside of a singer’s comfort zone have tripped up several Georgian Idol contestants (see: Beso Nemsadze’s failed attempt at Freddie Mercury), but Kalandadze, who’d been bobbing along in the middle of the pack, chose the right time to lay down a marker that she is here to win.

In the Outsiders’ group this week was Nini Tsnobiladze and Ikako Aleksidze. Though Tsnobiladze’s dress wowed the Georgian fashionistas (as Irina Shabayeva, the Georgian winner of Project Runway Season 6, found out: blow them away in black), her singing did not impress the judges. Neither did Aleksidze, and ultimately Tsnobiladze’s growing fan base was enough to save her.

Giorgi Pruidze – “Sun & Chocolate” (originally by Stephane Mghebrishvili. Yes, that Stephane of 3G fame and who is one of the judges.)

Giorgi Nakashidze – “The Tree of the Tree” (originally by Roman Rtskhiladze)

Nini Tsnobiladze – “Once in the Street” (originally by Nino Katamadze)

The GPB opted to use the Georgian Idol format to find their next singer after two years of internal selection resulted in non-qualification from the semi-finals at Eurovision 2017 and Eurovision 2018. Additionally, the song will be selected separately, with submissions to be incorporated into the later rounds of the show. The CPB’s call for the public to submit their entry closed on February 1, 2019.