Home 2019 Albania: Our reviews of the Festivali i Këngës entries (Part 1) 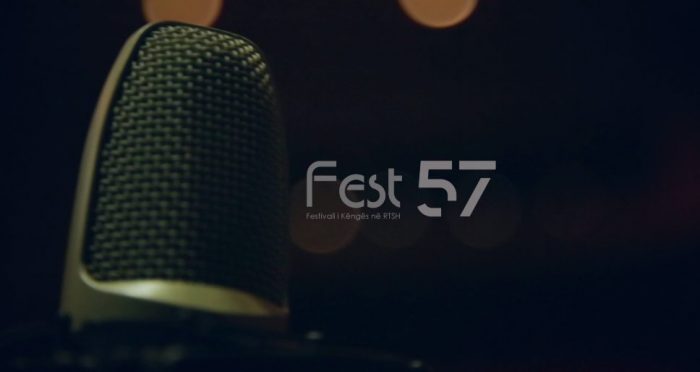 With the first national selection of the season rapidly approaching at the end of this week, we at #escYOUnited wanted to take a look at the potential participants for Albania in Tel Aviv, and decide as a team who we think should represent the Balkan nation in Israel. Without further ado, myself, Connor, James and Zack take a look at the first six entries of Festivali i Këngës 57…

Connor – 5 – “While this is another slow ballad song, I appreciate how this song has levels and really takes you on a journey (it might help if I understood Albanian to know what she’s saying). This isn’t just a song, it’s an emotional expression, and I’m enjoying it. I’m just worried that this will sink in the overall show.”

James – 7 – “Eliza’s quite a belter, giving this slow-building ballad some emotional, yet mature, heft. Well-constructed yet grandiose, if Eliza’s live performance matches she has a good chance of progressing.”

Sean – 7 – “Sometimes it is the simple things in life we enjoy the most, and with “Peng” it was a great decision to keep things simple, and let Eliza do all of the work. There’s palpable emotion coursing through this entry and the minimal intrusion from the backing track draws me in to this one. Could be one to watch with a full orchestra!”

Zack – 6 – “Another song that nicely builds to its climax in the latter half; I do wonder if it reaches its big moment a little too soon in the song though.”

Connor – 6 – “This is….well I’m not sure how I should put it really. I appreciate the fact that it feels very ethnic and has that dramatic vibe underneath it, but I don’t really enjoy the opening segment. The chorus however, it’s lovely. If we could eliminate that slow beginning, I’m all for this entry. I wouldn’t be surprised if this did well and advanced to be honest.”

James – 9 – “Very reminiscent of and perhaps superior to Jamala’s “1944,” but a bit darker, more brooding. However, I have criticized repeat contenders at national selections for dialing it in, but Jonida does the exact opposite by bringing us what sounds like a passion project, bringing us something unmistakably Albanian yet with universal appeal. This has got to be a favorite for making it to Tel Aviv, even if it may have Jamala’s problem with narrowly skirting Eurovision’s political content rules.”

Sean – 5 – “Ktheju tokës starts off promising and there are certainly some nice elements (the percussion, the almost tribal backing vocals in the last part of the song) but on the whole it is a generic track we have come across in many selections around Europe. Must try harder.”

Zack – 7 – “Holy electronic vocal manipulation! Another one I’d be curious to see how they handle live. Nice vocals and an interesting song in the mix.”

Connor – 4 – “This has a really interesting atmosphere around it, and his voice goes well with this type of soft acoustic track. While I like his voice a lot, I wish there was more to the song overall. Every time it seems like it might go somewhere it just stays on the same level. If the last chorus was present throughout, I might bump it up more.”

James – 2 – “The vocal effects are annoying. Considering Eurovision’s ban on anything to assist the live singing voice, why put out an entry with more autotune abuse than LuAnn de Lesseps’s “Money Can’t Buy You Class”? It’s an unremarkable soft rock ballad otherwise. Kelly asks, “A më ndjen,” (Do you feel me?), and I have to say no, I don’t feel him.”

Sean – 3 – “Another rock ballad in this year’s Festivali i Këngës which doesn’t do much for me. There’s certainly a lot of emotion in this one but I just can’t look past how generic the song is and the composition brings nothing new to the table.”

Zack – 6 – “Not a bad song, but the vocals sound distorted, and I’m not sure how that will be dealt with; this distortion helps the song stand out, and another song that will be interesting to hear live.”

Connor – 9 – “Oh okay, we have another ethnic dance entry going on here! I much prefer this song, as I feel it exists on multiple dimensions and has a better chorus. I could actually see this going over really well both live, and at Eurovision if they chose to send it. Consider me a fan, especially when that unexpected key change hits!”

James – 4 – “This is another dance number that seems ported in from 2004. Unmistakably Albanian, but in that way almost every pop artist from a non-Western European country was bootstrapping their native musical heritage to Europop back then. This will probably be as unwelcome a retro act as the recently released PlayStation Classic.”

Sean – 7 – “Didn’t expect such a nice little pop number in Festivali i Këngës! Okay, so it’s not the most unique or exciting song but with a little polish and effective staging this could be an interesting choice for Albania. There’s even a key change and an anthemic finish to make us feel all warm and Eurovisiony going into another long winter!”

Zack – 6 – “Another dated entry, where the verses provide hype for a chorus that underwhelms; the key change does not do it for me either.”

Connor – 2 – “Yeah this one isn’t for me. I feel like this song needs to be faster than it actually is given the moving track and polka influence, but it just sort of drags on and on and on. I think this is a fun song on its own, and especially for a music festival like FiK, but it would get destroyed at Eurovision. It just lacks something that makes you go “Oh yeah remember that song?””

James – 6 – “A perfectly serviceable Albanian folk-rock song of the sort you’d expect to hear an Albanian band play at a wedding reception. I like the idea of sending a song that is unique to Albania, but the song itself is a little too generic to catch on beyond the Balkans.”

Sean – 8 – “I love love love when a selection has a band with a local sound and seem like they just want to have fun. There’s a great mix of styles on display here, with brass band and rock music mixing effortlessly and wouldn’t sound out of place in the Moldovan or Romanian selection. Great job!”

Zack – 4 – “This feels a bit like an Eastern European Eurovision entry from the mid-2000s. Catchy, but a bit dated.”

Connor – 3 – “Definitely not my favorite slow song in this bunch, especially since I don’t like the melodic line of the song. It seems like another garage band session where she’s having some fun with friends. It really needs a better track, and then I might like it more.”

Sean – 4 – “It’s not really for me. Her voice doesn’t sit right with me in parts and it feels like a mix of world music and neo-medieval with a rock ballad base layer. None of those ingredients really add up to an enjoyable time for me, but I’ve heard worse!”

Zack – 6 – “Dated, but in a classic ethnic Eurovision ballad sort of way; my cup of tea, but not sure how much so for others.”

So let’s take a look at the current standings after six entries;

So far it is Jonida Maliqi who stands out to our team, but there’s still plenty of songs left to hear. Come back tomorrow morning where we will be reviewing another five of Albania’s efforts!

Which of these acts is your favourite? Let us know what #YOU think on our forum HERE, or join the discussion below and on social media!