Home 2021 Aistė Brokenleg: “[If I won Eurovision] I would kiss the one I wrote this song for!” 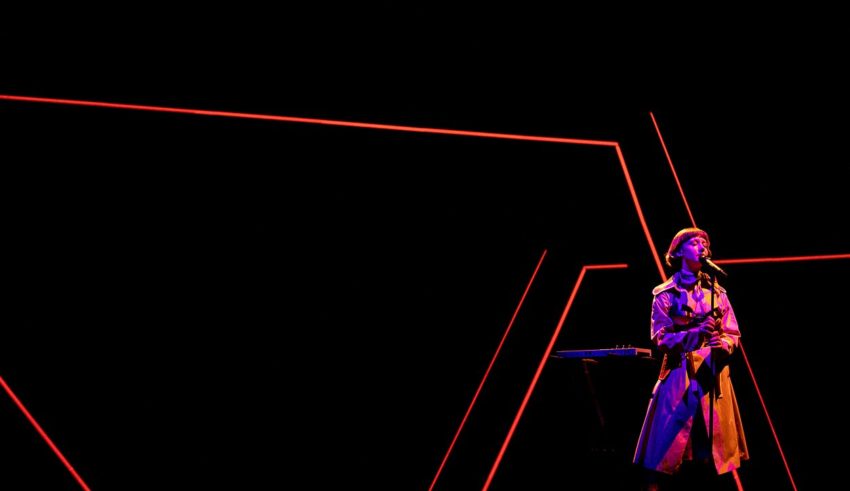 With the race for Rotterdam hotting up in Lithuania’s Eurovision selection, Pabandom iš naujo, we wanted to get to know some of the artists fighting to reach the final on February 6th.

Before tonight’s semi-final show, we spoke to the multi-talented dream pop performer Aistė Brokenleg about returning home from New York, the euphoria of creativity and her favourite song in the Lithuanian semi-finals!

Hi Aistė! First of all, thank you for taking the time to speak to us. What can you tell us about yourself? What should we all know about Aistė Brokenleg?

I am an independent singer and songwriter, with a stage name Aistė Brokenleg. I started my stage career as an actress (graduate academy of music and theater with acting bachelor), but after some time I realize that I am more interested in the process of music creation than acting by itself. So from that moment, I am dedicating myself more and more to music and music production.  The amplitude of the music I create usually varies between indie rock, avant-garde pop, dream pop, jazz, and new disco music styles.

Can you remember your first experience in music? What made you want to be a musician?

I enjoy the process of creation and creativity by itself. I can’t even imagine myself working in a different field than art. I clearly remember the moment when I created my very first song, I was already working as an actress and singer, but that pure moment of creativity, when I got the euphoria from understanding that: oh gosh! I just created something from zero, something that was on my mind or in my heart and now it is here and it has a very material body – it is a song, that moment changed everything.

That was seven years ago, I just came back from New York, where I was participating in an acting workshop (Michail Chekhov technique for actors) and the first thing that I did after coming back home – broke up with the love of my life and that’s it – I found my self sitting on the balcony of my apartment, looking at the very grey and lonely winter sky and feeling so empty after all this New York experience plus divorce – And so I started to write a song, simple as that.

I hadn’t a piano or guitar in my room then, so I just sang acapella melodies to my phone recorder, step by step created the whole body of my first song and that was so enjoyable, I mean, the whole process, and when a few months later I finally recorded and released the song (“Castle”) – I felt that magic just happened –  the song contained exactly that feeling I felt back then at my loneliness winter night. 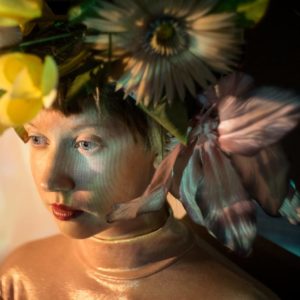 You’re back in Pabandom iš naujo! and have tried to represent Lithuania before. How have your previous experiences prepared you for this year’s competition?

Last year I participated in a Eurovision competition with a song from my indie rock band Abrokenleg’s debut album, so I wasn’t writing a song exactly for the show, just developed a little bit to meet the length requirements and after all the feedback I got, I felt that even if I am not the Eurovision or TV Pop standard (and I really am not and don’t wanna be any standard at all) –  people need me, as I am bringing a different view and new music to the bright Eurovision and TV stage. I found myself as a pioneer of indie music in the Eurovision competition and I quite like that.

What is the message behind your entry “Home”?

I am traveling a lot, I have many friends around the globe and when I spend a longer period of time somewhere I feel very connected to people and places. But the more I am traveling the more I feel that we all need to have that special one place that we can call HOME. For me home –  not just a geographical destination, but also the feeling of ease, of the whole. The home can be the memory, or the dream, the exact feeling of us being happy and being connected.

What is your general impression of Eurovision? Do you have any favorite entries from the contest?

I don’t find many interesting acts, but yes, I have my favorite song and singer, and it is Gebrasy with the song “Where’d You Wanna Go”. I wish him all the best and I hope he will represent Lithuania in the Eurovision competition this year!

If you could perform at any venue or festival in the world, which one would it be?

What is your favorite thing about Lithuania that the rest of the the world should know about it?

Lithuania is a really beautiful country – the most beautiful thing we have is natural – nature, forests, lakes, sea.

I would kiss the one that I wrote this song for 🙂

Thank you for your time Aistė. We wish you the best of luck in Pabandom iš naujo!

Aistė Brokenleg will take part in tonight’s semi-final of  Pabandom iš naujo! with the song “Home”, hoping to represent Lithuania in this year’s Eurovision Song Contest in Rotterdam.

What do #YOU think of “Home”? Share your thoughts with us on our forum HERE or join the discussion below and on social media!