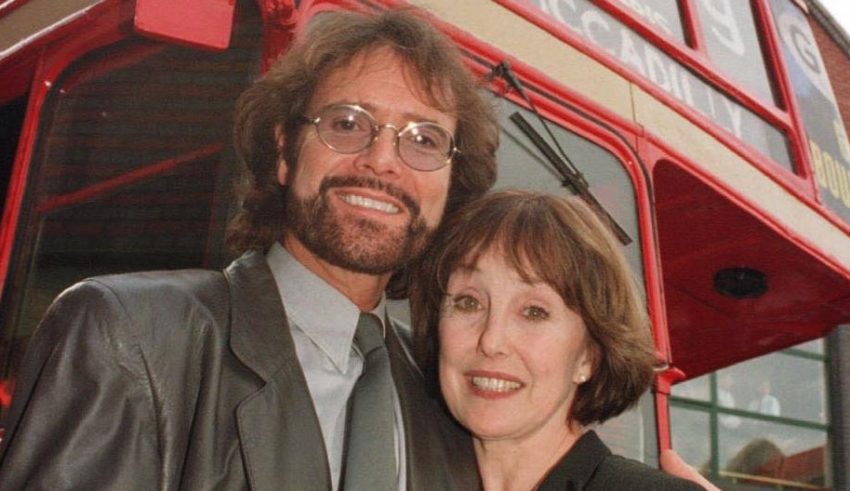 Una Stubbs, an iconic actress who starred in some of the United Kingdom’s biggest television shows, passed away today at age 84 in her home in Edinburgh after a long battle with an undisclosed illness.

Closely associated with Sir Cliff Richard during her early years, particular Summer Holiday (1963) and Wonderful Life (1964) and his TV show It’s Cliff Richard! (1970 – 1972), Stubbs had an active career for six decades, starring in some of British television’s iconic roles.

Born on May 1, 1937, in Welwyn Garden City, Hertfordshire, she was sent to La Roche dancing school by her mother. Upon graduating and moving to London in 1958, she was hired to be the cover girl for Rowntree’s Dairy Box chocolates.

In her early days, she was also part of Lionel Blair’s dancing ensemble, and was part of many cabarets and shows on London’s West End.

Stubbs’s big break was in 1963 when she was cast in a supporting role on the Cliff Richard musical Summer Holiday. A year later, Stubbs was cast with Richard on Wonderful Life. This time, however, Richard became romantically involved with Stubbs. The brief, passionate affair was not without controversy, considering Stubbs has been married to actor Peter Gilmore since 1958.

Stubbs would go on to appear as a regular guest on Richard’s television variety show It’s Cliff Richard, from 1970 to 1972, after Richard’s 2nd place finish at Eurovision 1968 with “Congratulations.”

At the time, the British Broadcasting Corporation (BBC) used It’s Cliff Richard as a vehicle for the public to vote for which song the United Kingdom should send with their internally selected artist to Eurovision.

It’s Cliff Richard viewers would vote for “Jack in the Box,” an entry that would come in 4th at Eurovision 1971. The song also hit Number 4 on the UK Singles Charts.

Though Stubbs had been professionally and romantically involved with Richard, the roles she took made her a household name in her own right.

From 1966 to 1975, Stubbs played Alf Garnett’s daughter Rita on Till Death Do Us Part. Anthony Booth, who played her husband, is in real life former British Prime Minister Tony Blair’s father in law. American viewers will be familiar with this show’s format as it was adapted to great success as All in the Family.

Other roles include playing Aunt Sally in the children’s show Wurzel Gummidge, a small run on the British soap opera Eastenders, and guest appearances on television mystery shows such as Midsomer Murders.

Younger audiences will be familiar with her as she played Mrs. Hudson, Sherlock Holmes’s landlady in the Benedict Cumberbatch starring adaptation of Sir Arthur Conan Doyle’s detective novels.

In a video uploaded to social media today, Cliff Richard said “[Stubbs] was the most exciting person to be with, she was funny, she could really do just about anything – act, dance, she could even sing.”

He added, “anyway, she has left us and all I want to say is I personally will miss her greatly and I know that our industry on the whole will also miss her greatly. Her talent, her joy, everything that she was will remain with us all. While we remember her, she will still be with us.”

We at ESC United extend our condolences to Stubbs’s family and friends at this time.

Did #YOU enjoy Summer Holiday and Wonderful Life? Which role of Stubbs did #YOU enjoy most? Let us know in the comments below, on social media, or in our forum.