Home 2020 A modest proposal for the BBC and BMG: Send Boy George to represent the United Kingdom at Eurovision 2020 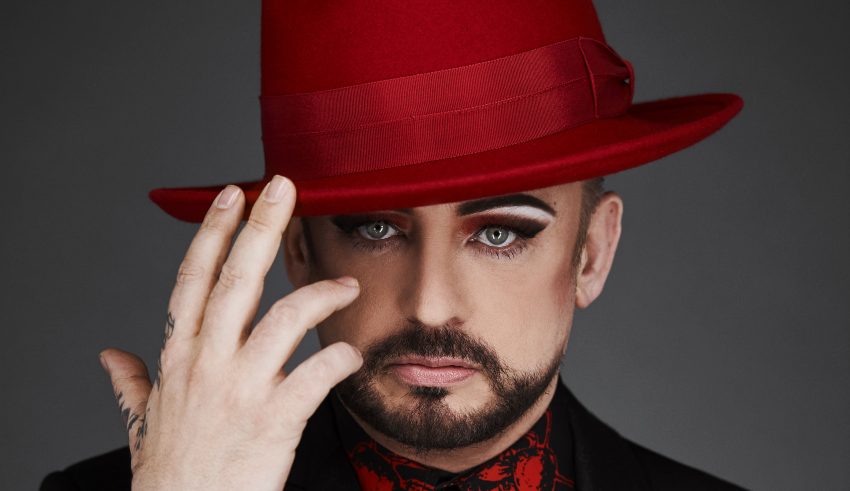 A month ago, the British Broadcasting Corporation (BBC) and Bertlesmann Music Group (BMG) announced that the BBC will outsource the selection of artist and song for the United Kingdom at Eurovision 2020 to BMG, one of the world’s largest record companies.

As Alistair Norbury, BMG’s UK head of repertoire and marketing told the BBC, “Eurovision is the biggest television showcase for music in the world and it’s an honour to be selected to help choose the UK’s entry at Rotterdam 2020. Eurovision plays to our strength as the only fully-integrated publishing company and record label. We can’t wait to get started working with the BBC to give it the best possible shot we can.”

Now I’m not here to complain about this change in strategy. The United Kingdom has, for the most part, been dreadful these past two decades so any change is welcome. And that is the ESC United line, too, as Editor-in-Chief Sean Tarbuck opined a few weeks ago that the change is a step in the right direction, but it is also a time for the UK to be daring.

Even if BMG finds some old unrecorded songs under a sofa cushion and fobs them off on a has-been or a fresh-faced lamb to the slaughter, that will still represent an improvement over anything the BBC has done these past two decades, except that one time someone had the idea to hire Andrew Lloyd-Webber and Diane Warren for Jade Ewen’s 5th placed finish at Eurovision 2009. Most BBC ideas since then have ranked about as well as Ewen’s decision to capitalize on her 5th placed showing by starring in a cheap Steven Seagal movie. But seriously, Ewen was great in 2009 and we need that feeling at Eurovision again.

As a Yorkshireman, I am actually here to present a value proposition: while the BBC is trying to save brass and resuscitate the United Kingdom’s chances at Eurovision, why not use BMG’s roster to also help resuscitate another franchise that has been flagging of late, Bravo TV’s The Real Housewives of Beverly Hills?

On August 18, 2017, Boy George was signed to BMG. It made the news as this was Boy George’s first new recording contract in 30 years, and the contract was negotiated by his manager Paul Kemsley. You may remember Kemsley as the Londoner on the Real Housewives of Beverly Hills who is often on the receiving end of a “Peeeeeeekaaaayyyy!” screech by his wife Dorit Kemsley, someone with a penchant for wearing metallic “bird droppings” on her head and hailing from Connecticut, despite her accent changing more than her story about dog adoptions. Or you may remember them as the Kemsleys currently involved in Los Angeles court due to some alleged financial irregularities. Or you may remember Dorit Kemsley as the worst Tony “Scarface” Montana impersonator of all time.

Now do I really have to remind you that despite Boy George being crazier than a sackful of badgers, his music is really fun? The New Romantics of the early 1980s could be a tedious bunch, but Culture Club’s “Karma Chameleon” jubilantly showed you Boy George’s colors in red, blue and green. You come and go, but loving was easy when your colors were just like his dreams. Whatever that may mean, you still go full karaoke in rush hour traffic when this comes on the oldies radio station or playlist. In a decade of fun, upbeat songs, “Karma Chameleon” manages to stand out.

Even today, Boy George still has an easy charm on stage. Now the most obvious counter argument is that the UK went down the old act route before in the 2010s with Blue, Engelbert Humperdinck, and Bonnie Tyler. The glaring problem with all three – okay, the latter two, because I never understood why the British loved Blue in the first place – is the songcraft and not the performers. If BMG means what they say about access to its stable of songwriters and producers, then a seasoned and charismatic performer such as Boy George should be able to slay with the best other countries have to offer.

With his song 2019 “Life,” Boy George proves adept at the type of pop soul hybrid John Lundvik and Michael Rice went with at Eurovision 2019 for Sweden and the United Kingdom, respectively. If Boy George can sway the humorless housewife demographic that watches the Ellen show, then paired with a better song, Boy George could do alright at Eurovision 2020. Despite all of his past personal problems and legal issues (Googling them will take up a healthy chunk of your day), Boy George is still a consummate professional when it comes to getting on stage. And with a great song, why not? Stranger things have happened at Eurovision.

Now we’re not necessarily talking about a Boy George win here. Anything in the middle third would be considered a victory for the United Kingdom at this point. A lot of stars would have to align for an older act with personal baggage such as Boy George, controversial management, and an Eastern belief system that only becomes more confusing when he tells you about it, to win Eurovision. The times of a “Fly on the Wings of Love” winning Eurovision appear to be long gone. Middle third would be great.

So we have established that by having a holiday in Rotterdam centered on Eurovision 2020 The Real Housewives of Beverly Hills could fill the drama void left by Lisa Vanderpump’s departure and stop the oscillating Nielsen ratings that plagued their most recent season. Lisa Vanderpump, who had been on the show since the beginning, left after a dog adoption fight with Kemsley turned nasty after the rest of the cast ganged up on Vanderpump for her allegedly selling stories about the drama to tabloids such as Page Six. The “Vanderpump sold Dorit out to the tabloids” drama stretched on forever and dampened the entire season, which was remarkable considering the very strange anecdotes show newcomer Denise Richards dropped about her marriage to Charlie Sheen.

But by talking about a Real Housewives franchise, I fear that I may alienated heterosexual ESC United readers on selling a Boy George ticket to Eurovision. Well have no fear straight readers, Boy George did an episode of The A-Team! And there is nothing as red blooded and straight and manly as an episode of The A-Team (except for all those episodes where they subvert almost all of those stereotypes and for all their conservative bravado were actually a group you could call liberal-leaning or libertarian).

Boy George is a legend in anyone’s book because he guest starred in a famous Season 4 episode of the The A-Team. If ever there is a moment from my youth where my love of masculine action and fighting and my love of feminine pop culture such as the Real Housewives collide, it’s this episode. The premise of this episode is that the A-Team’s Templeton Peck is duped by the villainous L. Q. Jones (from Lone Wolf McQuade, the best Chuck Norris and Robert Beltran movie ever made) who wants to hire a performer named Cowboy George to fill a bar to distract some mine workers from a payroll robbery, but a weird clause in the contract results in Boy George showing up instead. Boy George plays a major role in the episode, helping the A-Team out in several instances, particular when he and Murdoch have to get past a lynch mob.

As a side-side note to this already mad-as-badgers episode, I developed an obsession with the Lennon Sisters, whose “Too Marvelous” is a major plot point in this episode. Like Murdoch, who played “Too Marvelous” on a loop to agitate local mine workers to attack the town radio station, I will harangue the BBC and BMG to get Boy George on the plane to Rotterdam for Eurovision 2020.

As an additional argument, I will point out that a phenomenal act made it to this year’s Nacionaline Eurovizijos atranka, the national selection final for Lithuania, who is clearly influenced by the new wave sound that Boy George and Culture Club ushered into the ’80s, and in many ways from Boy George’s gender bending fashion as well. If a Boy George influenced artist – and a wonderfully talented one at that who since his appearance at the national finals started Lithuania’s very first national drag festival – can nearly cause an upset at a national selection, it is worth the punt to send the master considering the pupil has done so well for himself and for the LGBT community of an entire country.

So going back to the United Kingdom and their chances at Eurovision were the BBC and BMG to send Boy George to Eurovision 2020, just remember the sentiment of Chicco’s newest single, “This where I end my doubts.” Any British person of sense should repeat that Boy George’s representing the United Kingdom in 2020 is where we end our doubts.

Do #YOU think the BBC and BMG deal will be good for the UK at Eurovision 2020? Or like the object of Boy George’s “Karma Chameleon,” are they just stringing us along? Let us know in the comments below, our forum, or on social media.