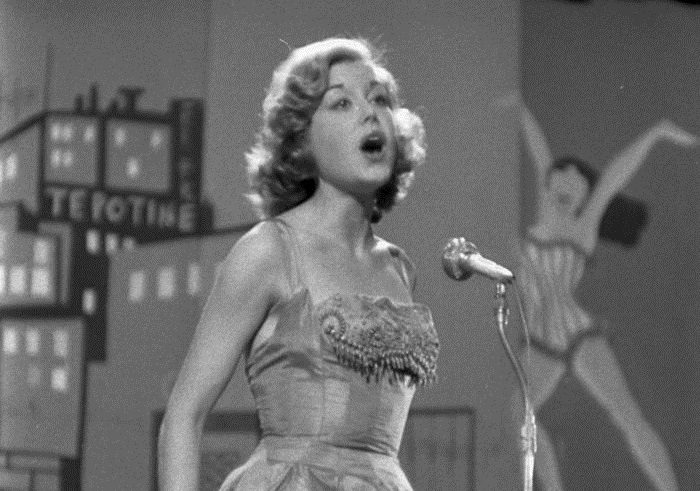 Thanks to some savvy detective work done by Good Evening Europe Blog, we have more evidence of what the very first Eurovision Song Contest actually looked like!

In a post today on his blog, author Kalvin Lindfors noted that, five months ago, YouTube user wieke qwieke upload a nearly six minute long recording of Lys Assia’s reprise of ‘Refrain’ at the very first Eurovision contest in 1956. At time of publication, this extended clip has just over 700 views.

The previous, widely circulated recording of this winner’s performance lasts just over two minutes and excludes the segment of Assia becoming emotionally overwhelmed and asking to begin the song over.

This footage was not taken from a television broadcast.  It was instead shot by Swiss photographer Vincenzo Vicari (1911-2007), who was present at Teatro Kusraal on the night of May 24, 1956, to document the event. An extensive archive of his work is hosted on a devoted website and, through some digging, Good Evening Europe Blog uncovered a few photos taken both on the night and during rehearsals that have seemingly not been widely circulated in the past. The photos give us a clearer glimpse of the staging and suggest that the singers who performed twice changed their outfits in between performances.

The identity of the performers in some of the images is unconfirmed, but Lindfors has made educated guesses as to which singers are which. You can put your own detective hat on and view the rest of the images here. Follow @goodevening_eu on Twitter for any possible future updates.

Does this give #YOU hope that more photographs and footage from Eurovision 1956 will be unearthed? Have #YOU followed @goodevening_eu yet? Sound off in the comments below, in our forum, or on social media @ESCUnited.