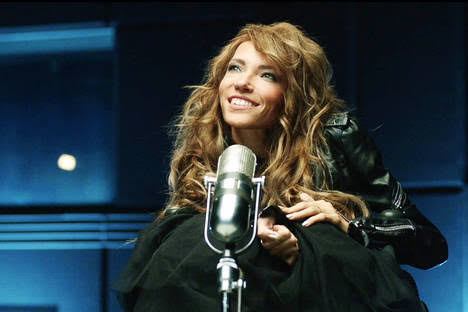 Yulia Samoylova, who was internally selected to represent Russia in the upcoming Eurovision Song Contest in Kyiv has been banned from Ukraine. That’s what the British BBC and Russian news outlet sputniknews have reported. She won’t be able to attend the contest.

Samoylova held a concert on the Crimea peninsula in 2015 without getting permission from the Ukrainian government. The Ukrainian National Security has deemed this a violation of the law and therefore, has banned Samoylova from entering Ukraine for three years.  The wheelchair-bound singer was originally selected to perform “Flame Is Burning” in the second semi-final.

The SBU  blacklisted at least 140 other Russian artists, more to be expected.

We are awaiting response from the EBU regarding this matter and keep you updated.

Previously, Executive Supervisor Jon Ola Sand stated the following: “We fully respect and understand the laws of Ukraine, but we at the European Broadcasting Union (EBU) do not have any objections to the Russian delegation and we do not see any violations on their part. We want all countries to participate, but this should be a decision of the Ukrainian authorities, and we will respect it.”

UPDATE: The EBU has published the following statement through eurovision.tv :

” It has been confirmed to the EBU that the Ukrainian authorities have issued a travel ban on the Russian artist chosen for the Eurovision Song Contest, Julia Samoylova, as she has been judged to have contravened Ukrainian law by entering Crimea in order to perform.

We will continue a dialogue with the Ukrainian authorities with the aim of ensuring that all artists can perform at the 62nd Eurovision Song Contest in Kyiv in May. “

UPDATE: TASS news agency reported that as per the press-service of Channel One Russia.

“In the case, if Ukraine does not allow Yulia Samoylova to participate in the Eurovision, next year, regardless of the hosting country of the contest she will become the representative of Russia”, was stated by Channel One.