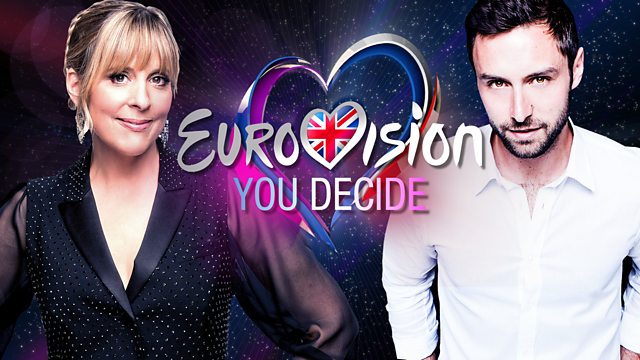 The national broadcaster of the United Kingdom, the BBC, has confirmed this morning in a teaser video that next year’s Eurovision: You Decide will take place in Salford in February 2019, but that there will be a slight tweak to the format.

As in previous years, six acts will fight to represent, but according to the BBC there will only be three songs in contention, with two artists performing each song in different musical styles. There will be three rounds of what the BBC describe as ‘song-offs’, presumably with the chosen performer of each song going to a final public vote.

This was previously the case for the UK selection, with the last such instance being in 2010 with “That Sounds Good to Me”. The UK’s best result this decade, 2009’s “My Time”, was also the result of a selection with multiple artists performing the same song.

Mel Giedroyc and Swedish Eurovision 2015 winner Måns Zelmerlöw will once again host the 90 minute show as the competition comes to the north-west of England for the first time.

Kate Phillips, the head of entertainment commissioning at the BBC, said “forget about a sing-off, next year it’s all about the song-off as we once again try to marry a great singer with a great song, one which could finally get us on the left hand side of the leader board. We may be leaving the EU but we are still determined to win Eurovision again one day!”

The reveal also confirms that next year’s Eurovision Song Contest semi-final will be on BBC Four, with the main contest on BBC One.

United Kingdom finished 24th in Lisbon with SuRie’s “Storm”, a performance marred by a stage invader. The UK’s last finish inside the Top 10 came in 2009, a decade ago. Can these fortunes be turned around in 2019?

What do #YOU think of the announcement? Will the format work for the United Kingdom? Share your thoughts with us on our forum HERE or join the discussion below and on social media!