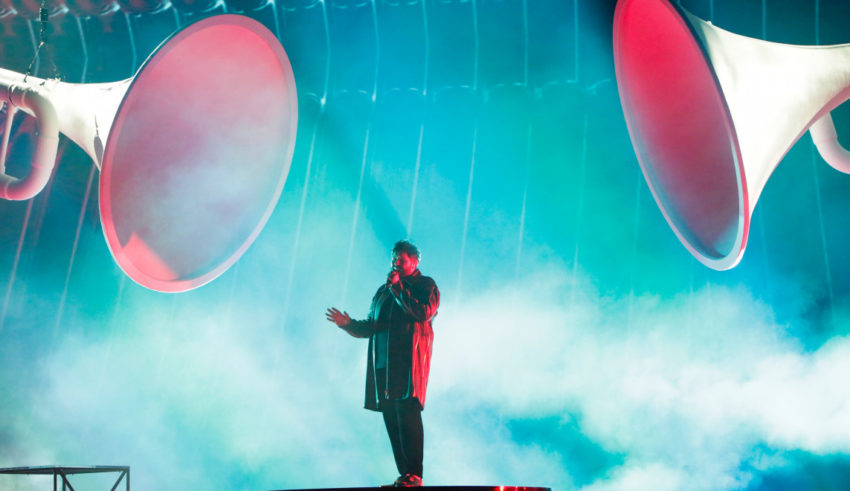 Bring out the Trumpets! James Newman just performed for the UK in the AHOY arena. Here’s our honest report.

What immediately catches the eye when watching the British entry are the two gigantic trumpets hanging from the ceiling. If you like trumpets in general, you should like this entry. James is accompanied by four dancers, two with trumpets, two with trombones, who “play” their instruments during the rehearsal;

James himself is wearing a stylish oversized jacket and looks quite dapper. He’s positioned on a circular platform in the middle of the stage which he climbs and descends at certain intervals of the song. Coloured lights hit him, turquoise from the left, red from the right, the same colours scheme we saw in the video clip.

James interacts well with his dancers, and even does a side-step choreography (previous pioneered by Hera Björk in 2010) throughout. During the bridge, James climbs his platform and treats us with a cute little laser show. The visuals on the British song are impressive and better than what we’re used from them. Could this be their ticket out of the bottom five?

What do #YOU think of James’s rehearsal? Did he rise out of the embers for you? Share your thoughts with us in the comments, on our forum HERE or on social media!