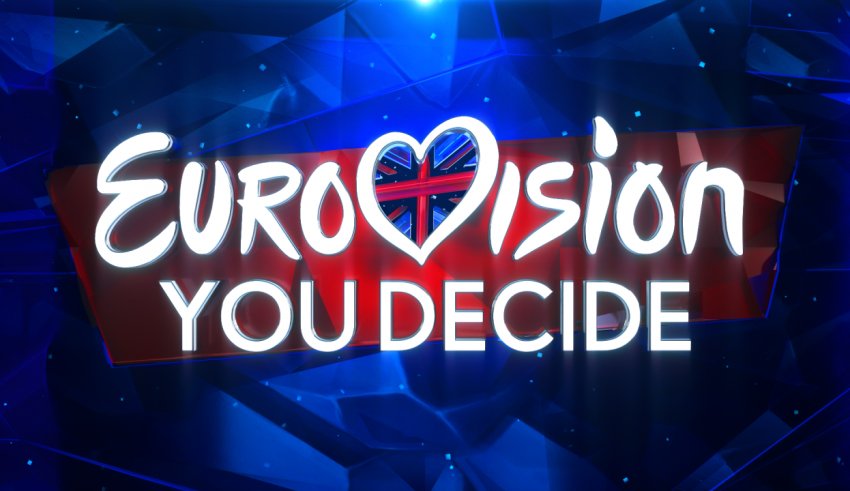 In just about a little more than 2 weeks time, the United Kingdom will have selected their entry for the upcoming contest in Tel Aviv, but today their finally revealed which acts are up for the Eurovision challenge!

Once again, the national broadcaster in the United Kingdom, the BBC, has decided to go with their national final method “Eurovision: You Decide“. Of course once again, you decide (that is if you live in the UK) who will represent the Union Jack in the Israeli city that never sleeps. There is however some minor changes for this year.

First of all, the BBC has announced that 6 names will battle it out for the golden ticket to Tel Aviv, and these are the following 6 names in alphabetical order (click on the name to hear their entry):

Now here comes the big change to it all. Rather than having 1 song per act, then instead there will only be 3 songs in total. This means that 2 acts will perform 1 song, and the 2 acts that sing the same song will in the first round face in a show-off to reach the super-final.

First of all, here are the song titles and the songwriters(Alphabetical order):

A fast look on the songwriters, we do spot some familiar Eurovision related names. The most obvious one would be Lise Cabble, since she wrote the 2013 winning song “Only Teardrops“. She also wrote the 2011 Danish entry for A Friend In London, which is the group that Esben Svane was part of, until the group decided to split up. Then there is also John Lundvik, who took part in last years Melodifestivalen and finished 3rd, he will also take part in this year’s edition of the Swedish national final.

Now, back to the entire format of the show. We have 6 acts and 3 songs. There will be 2 rounds of voting(actually 4, but you’ll get the idea), in the first round, the 2 acts that perform the same song will face each other in a show-off, where the better version of the song picked by the panel will advance to the super-final.

This will be done for all 3 songs, so there will be a total of 3 show-offs. The 3 winners of each show-off will then advance to the final, with that version of the song they picked and performed with. In the second round, we will then compare all the 3 songs with each other, where the one that get most votes will be crowned as the UK entry for 2019.

The show will be hosted by Mel Giedroyc and 2015 winner Måns Zelmerlöw, and will be held in Media City UK in Salford on the 8th of February 2019.

Do #YOU look forward to see who will represent the United Kingdom, and who’s your favorite? Share your thoughts with us on our forum HERE or join the discussion below in the comments and on social media!