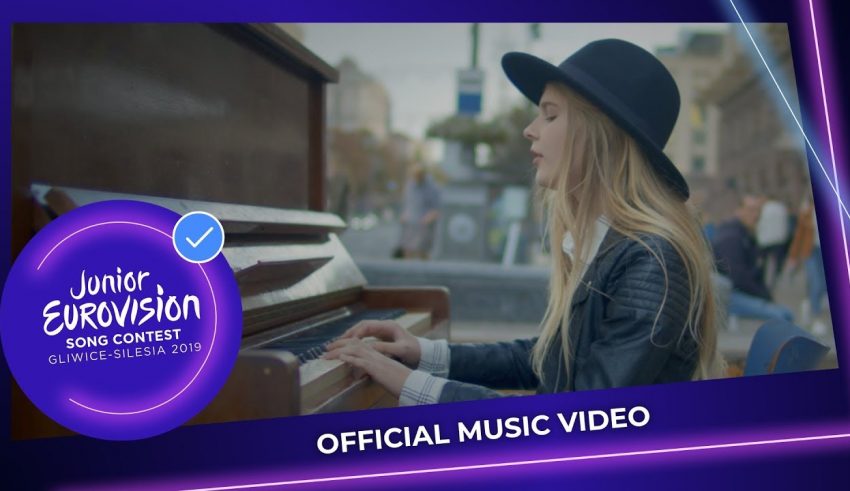 Sophia Ivanko, Ukraine’s representative at Junior Eurovision 2019 in Gliwice-Silesia, Poland, dropped the official video for her entry, “The Spirit of Music,” which also received a significant revamp from her national selection winning entry, then titled “Коли здається” (“When it seems”).

A thoroughly modern piano based pop anthem, “The Spirit of Music” will certainly stand out in Poland, and 13-year-old Ivanko herself hopes the “hoo-oo-oo” in the chorus will be a sing-a-long opportunity for the viewers.

As she told junioreurovision.tv, “My song is about the incredible, magical power of music. Music helps people find their inner strength and cheer up. Whenever life difficulties happen that make you feel sad, you need to sing the melody that comes from your heart. This melody is personal and different for different people. I hope that my “hoo-oo-oo” will wake such melodies in the hearts of everyone.”

Ukraine has been a staple at Junior Eurovision since their debut in 2006, and has a similar record of excellence (with the occasional dud) to that of the adults, except without the drama and shenanigans that plagued the adults’ preparations. Viktoria Petryk came in second at Junior Eurovision 2008, but her younger sister Anastasiya did one better and won the Ukraine’s sole title in 2012.

What do #YOU think of Sophia Ivanko’s “The Spirit of Music”? Do #YOU think this unusual (for JESC) song can carry Ukraine to a second victory? Let us know in our forum, in the comments below, or on social media.