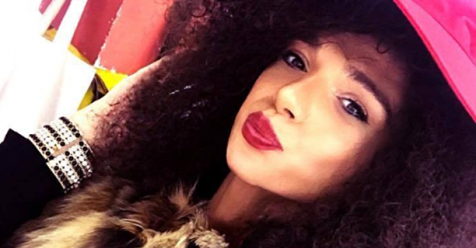 After a week of speculation on social media, the Georgian Public Broadcaster officially confirmed today that transgender singer Anastasia will appear on this Saturday’s episode of Sakartvelos Varsk’vlavi, the Georgian version of the Idol franchise and the country’s selection process for their representative at Eurovision 2019 in Tel Aviv, Israel.

Eagle-eyed fans caught a brief glimpse of Anastasia on the promo video for Episode 2 at the end of the first episode last week. A screen grab was posted on Anastasia Pirveli’s Facebook page earlier this week, but in a post on their own Facebook page, Georgian Idol confirmed her appearance with the message “no homophobia!” and included a link to a brief profile on the Georgian website Prime Time (primetime.ge).

Anastasia’s appearance will be a first ever by an LGBT performer on any Eurovision qualifying show in Georgia. Cognizant of the historic first in what is considered a socially conservative region, Anastasia clearly relishes the challenge and the importance of standing up on behalf of a marginalized community.

“It was a responsibility for me to take this step,” said Anastasia. “Because the song is important for me. This is my life.”

Though Georgia is, along with Ukraine and the Baltic European states, one of the few former Soviet countries to prohibit discrimination against LGBT persons, there is still a long way to go to full equality there.

Ultimately, Anastasia believes the public reception to her appearance will be positive.

“I’m sure society will get everything right,” said Anastasia. “I know my speech will be correctly understood.” What do #YOU think of this historic first? Are there any other Georgian Idol contestants who impressed #YOU so far? Join the discussion below, on our forum or on social media.