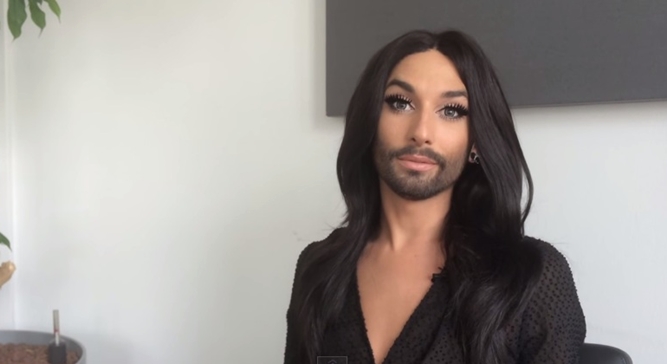 Is the era of Conchita coming to an end?

According to an interview with media outlet Welt am Sonntag, Tom Neuwirth is considering retirement, at least of the character Conchita Wurst which became known to the public in 2012 when she first appeared in the Austrian National Final.

“With the bearded lady, I have accomplished basically everything since my victory at the Eurovision Song Contest. I don’t need her anymore.” Conchita/Tom won the contest in 2014 with the song “Rise like a Phoenix” and became an International Star. But three years after the smashing victory, Neuwirth is looking for a new challenge. “I’m almost 30 and I keep asking myself a lot of questions. I love Men – but as a man”. He is referring to the fact that he does not want to be a woman for the rest of his life. When asked what would happen to the character Conchita if he decides to no longer portray the character, Neuwirth responded “I’ll have to kill her”

“I am searching, I keep asking myself questions a lot more frequently these days. I am looking for the things I’m good at. I can do a little of everything which is my problem. And who am I? I’m searching for myself. And Tom is rebelling.”

That being said, Neuwirth has not confirmed that he is going to “get rid of” Conchita right away but things may change in the future.

As Eurovision fans, we are obviously hoping that Conchita will be around for many years to come. But as an artist, Tom will need to decide what is best for him and his career. Whatever his decision may be, he will have our full support and admiration.

Is the time right for Conchita to retire? Share what #YOU think below or on our forum!