Home 2018 The Netherlands: Waylon Is Back 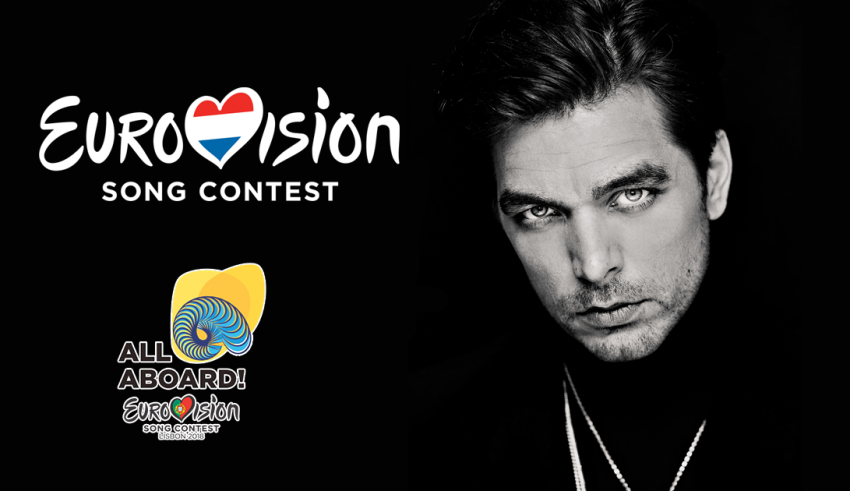 Today marks the third day in a row, with a new artist being revealed to take part at the upcoming Eurovision Song Contest. The news are indeed getting more and more juicy in these days, and we hope you all can feel it, the season is slowly hitting the highest gear, and soon enough we will see the first national finals.

However, today we’ve gotten another name in the line-up of the 42 participants, and the person who will represent The Netherlands, is Waylon!

In case you’re one the newest fans of the contest, then you’re forgiven of course, but we are talking about Waylon, who was part of The Common Linnets, that represented The Netherlands back in 2014, in Copenhagen. They managed to finish on 2nd place, right after the phoenix singing diva Conchita Wurst, and gave The Netherlands the best result, since their last victory which was in 1975. Indeed a great year for The Netherlands, to give them that glorious Eurovision spirit once again.

In a video titled “Guess Who”, which was uploaded earlier today on YouTube by AVROTROS (The Dutch broadcaster), showed us a two and a half minute long video with clues on who was selected to represent the country, this upcoming May in Lisbon. In a very sneaky yet hilarious way, the clues were very well placed throughout the video, which should very well hint that Waylon was the one, to once again fly the Dutch flag.

In case viewers were still in doubt, then it was officially confirmed by the official Dutch Eurovision page later on.

Guess who's back… 🇳🇱

His song will be revealed at a later date, and at this point we can only speculate what he has in store for the Eurovision audience.

Known as Waylon, but born as Willem Bijkerk, is a Dutch country singer. He’s been an active singer since 1995, and has throughout his life been inspired by country music. His stage name derives from one of his childhood idols, Waylon Jennings.

His breakthrough first came in 2008, when he took part in Holland’s Got Talent, where he reached the final of the show, to finish in second place.

He was then signed by Motown the following year, and then went on to release his first single titled “Wicked Way”, as a preview for his first album “Wicked Ways”, which reached the top 10 in the Dutch charts.

It was first in 2010, he would win his first award as for Best Newcomer, and later in 2011, he would release his second album “After All”.

He then got to the point where he along with Ilse Delange would form The Common Linnets, which was started as a platform for Dutch country singers. The band represented The Netherlands at the Eurovision Song Contest 2014. Not long after the contest concluded, Waylon left the band.

He then went on to release his third album, which was titled “Heaven After Midnight”. The album reached the first place on the Dutch iTunes charts.

His latest album was released in 2016, under the title “Seeds”. He’s also one of the current judges of the show “The Voice of Holland”.

One thing that seems sure at this point, is that we will most likely get a country song from Waylon, whenever it’s time to reveal the song he will sing at the contest, but only time will tell.

Are #YOU looking forward to Waylon’s return? Let us know in the comments!