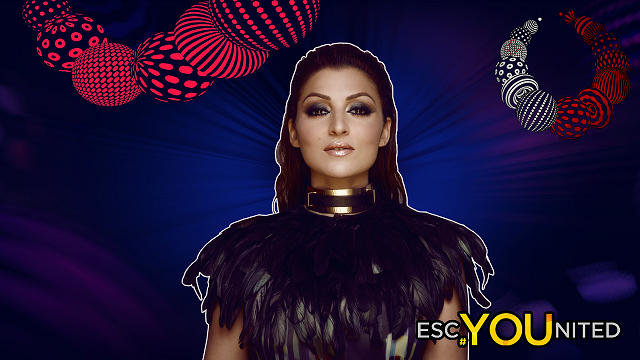 Ferdi – 9 Points
I was pretty sour when this won the national selection against my favourite of the season but I’ve turned around. What a beautiful ballad this is. It starts slow and emotional but it gets lifted up towards an… euphoric end at the exact moment. Bonus points for Claudia’s voice  (and perseverance!)

Romeo – 7 Points
This is a great song! Claudia is a great singer! But I do not see this in the final. It is emotional and beautiful but I cannot see it doing well. This will not stand out. On a positive note, Claudia is AMAZING live. And I did not rate this song til I saw it live in MESC, so I hope people feel the same in May.

Calvin – 7 Points
This one took a while to reveal its charms to me, but there’s a lot of sincerity to the way Claudia sings. When performed live, the opening is particularly powerful, with Claudia singing in such a way as to sound like she’s holding back tears. The song varies very well melodically, finding ways to build in pitch even though the verses are very high themselves. What spoils it a little musically is the post-chorus, which is too grand for the song and doesn’t fulfill the potential of the opening.

Robert – 7 Points
Ahhh Malta. The nation that tries so hard for Eurovision but never manages to do so well. Perennial national finalist Claudia gives us their entry this year which starts slowly but builds so nicely. The song feels like an obvious closer so I would be somewhat surprised if this isn’t chosen to close the first half of its semi before the break. It has its charms, but it’s another of the many female ballads this year and it is not really the strongest on offer. It takes just a little too long to get going for me and you almost lose the song before it starts to shine. I do like the song a lot myself, but I think it’s hard to get into it on first listening. Another one that I think will stay in its semi in May.

Matt – 7 Points
Claudia Faniello has been trying to represent Malta since she was three years old, at least it feels like that. She finally managed to win over Malta and they are sending her to Eurovision. Breathlessly is a tender ballad and is doing a lot of things right. One thing I like is that it has a really nice build, I don’t get bored unlike with some other ballads out there. She is giving off this classy vibe I’m really fond of and while this may not be the strongest ballad in the running this year, it’s a solid effort.

Nenad – 7 Points
This song has probably, the most promising title. ‘This entry will leave me breathless’ – I thought for a moment. Another ballad.. She has a promising and soaring voice. Good luck, Malta.

Malta – 6 Points
Sanna Nielsen of Malta. 😀 It has a lot of emotions, the song and the video are both so classy, but, here also, I miss something, don’t know what, but I just don’t feel it complete.

Gerry – 5 Points
Claudia Faniello has an amazing voice: impeccably controlled, it easily carries the raw emotion required of a powerful ballad such as this. The song does sound dated, and not in a good way, but juries should love this. Don’t hold your breath for “Breathlessly,” though. It may not quite be a dark horse others might expect for a song like this, but, if this qualifies, perhaps a solid middle-of-the-road placement could be expected for Malta at the final.

Zack – 5 Points
It was Calvin on the podcast that predicted this as a darkhorse while the rest of us wrote this off.  He was right.  Claudia is an incredible performer, but the song is generic and dated.  Her win, in ways, may be symbolic of the many years of service she provided to MESC and Maltese Eurovision fans. The song itself is quite beautiful when you think of it in this manner, as a final swan song for Claudia.  With that said, Claudia transcends my expectations for the song and I hope she brings the same emotion to Kyiv in May.

Sean – 2 Points
I’m made up for Claudia to finally get the chance at Eurovision she so desperately wanted for years, but it’s a shame it had to come with a song like this. It’s painting by numbers, ticks boxes one, two and three in the Eurovision cliché book and I’m sure will have some equally bog-standard wind machine and swishy anthemic-standard visuals but it can’t sugarcoat the fact this is a rather ordinary and tame effort. Best of luck to her though.

David – 1 Point
We are dealing with another ballad here… I’m very sorry Claudia, you finally win on Malta, with a song that is a ballad, which is a genre I generally dislike. As soon the song begins, I just decide to skip it.