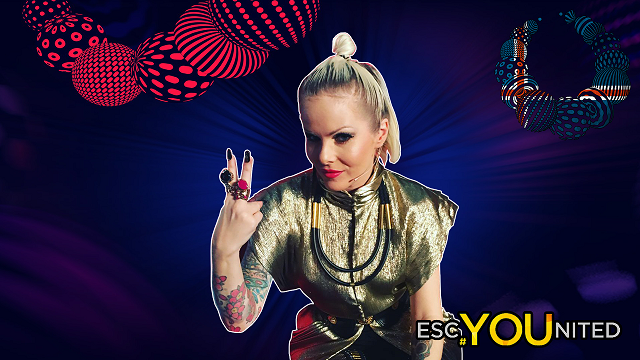 Zack – 10 Points
Pop perfection.  A unique voice, a very nice verse-chorus structure, with enough variety between the two verses to catch the listener’s attention.  Svala singing at the National Final sounds exactly like how she does on the studio version.  She is also a very charismatic performer to the point that I actually prefer watching the National Final performance over the music video.  Some of the better lyrics from this year’s lot of Eurovision entrants as well, although given translation websites, I might actually like the metaphors from the Icelandic version better. Still, a very minor complaint regarding a great return to form for Iceland.

Calvin – 9 Points
This is an incredibly solid entry from Iceland. Svala’s performance on the song builds perfectly, with “I can’t leave you” in the second verse reaching a very strong emotional climax helped by her restraint earlier in the song. The composition is fantastic; the rhythm in the chorus is a special standout, with the scansion tricks on “drawing every bit of my truth” working perfectly. Live, Svala’s vocals aren’t technically perfect, but she has stage presence in spades that helps her deliver the song very well. The only nitpick is the minimal drums in the intro and first verse; they’re somewhat cliché. Very good effort nonetheless.

Stefan – 9 Points
To be honest, at first it was not my favorite at Songvakeppni this year, but on the final night, I fell in love with it. Now it is even in my top 15. I love Svala’s positive energy and her simple performance that just makes the song stand up. I am really hoping that she will bring Iceland back in the finale.

Robert – 8 Points
So from Iceland we have an interesting entry this year. It’s not one I’ve listened to loads, but it’s certainly something I rather enjoy. The song has a good vibe running through it and I definitely enjoy the chorus’s feel. The verses are possibly a little weak, but I enjoy her performance throughout and think she carries the song well. As per usual with Icelandic entries, we’ve heard this in both Icelandic and English, and unlike some translated entries, it really doesn’t show. It has a slightly mysterious feel to it which I rather appreciate as well. I am never disappointed when I listen to it and feel that it works well overall. I am not a fan of the faster middle section, but the song is a strong one on the whole.

Jordan – 8 Points
Iceland have consistently sent high quality songs to the contest and this year is no exception. A gorgeous, electronic synth-pop track with a nod to the 1980’s, Svala’s emotional delivery of this song is its biggest selling point. My only concern is that there was something a little wrong about Svala’s staging in the national selections. Hopefully this improves in the semi-finals, or else she may fail to qualify.

David – 8 Points
The fact that Iceland sends this song, makes me feel like, that they still wish to fight for a spot in the final and that they haven’t given up at all, despite 2 bad years. “Paper” is a bit like what Iceland has been sending the recent years, but this one contains a little more power and more beat to it. Iceland has slowly become one of my personal favorite countries, cause I feel they stick to their own unique style, which they do as well once again. The song is catchy while it’s on, and it has it’s energy.

Gerry – 6 Points
Slightly eccentric and with the polished coolness of a Scandinavian production, Svala brings a competent, modern song to the Eurovision stage for Iceland. It’s current and hip, and the whole package is brought together with Svala’s solid vocals. While I much prefer the Icelandic version, the English lyrics are a nice piece of poetry. The titular metaphor feels very inspired. Sadly, the midtempo “Paper” might get a bit lost in the midst of the more impactful songs in the first semifinal, perhaps needing a bit more of a push for a memorable stage performance.

Matt – 6 Points
Finally someone is singing about Paper, another object that we can scratch off the list. It’s good, it’s not great. I am keen of the 80’s vibe it gives off and Svala is a capable vocalist so I’m sure it’s going to sound even better live. It doesn’t manage to capture my attention and I tend to just drift off or start doing something else and tune out which isn’t a good thing at Eurovision, right? But it’s inoffensive so it’s slightly above average.

Sean – 5 Points
First of all I cannot believe she is actually 40! Fair play… anyway, on to the song. It’s a surprisingly commercial choice from Iceland with a song that could’ve come from any American pop factory, although it does have that Scandinavian touch to it. It doesn’t move me in any way or hold me captive for the full three minutes but it’s solid, sticks in my mind enough and gives a decent chance of making it to the final of Eurovision depending on the performance. Perhaps a stepping stone for Iceland to turn it around in 2017?

Nenad – 5 Points
Iceland is one of those entries this year that I am not totally clear about. It starts promising and stays there. Instead of explosion we get monotonous repeating of the word ‘paper’. On the other hand, I am happy to see this song on Eurovision stage as I cannot wait to see how the performance is going to look like. Iceland can do better.