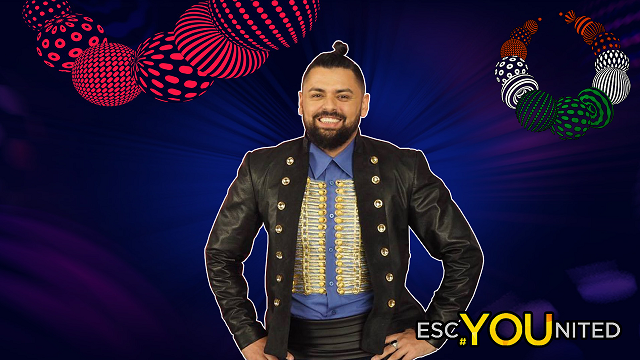 Romeo – 9 Points
I love this song. People say the rap lets it down, but I think it makes it a whole lot better. I think it brings modern music with traditional music and it just works amazingly well. I think this will do really well and I think this is 100% in the final!

David – 9 Points
We’ve seen a few gypsies on stage at Eurovision before, and those few times I remember, it didn’t go well. This one, is on the other hand, very true to the gypsy culture and music. It’s even in Hungarian, since there are so many English songs, praise for that. The song even contains some rapping as well, it just couldn’t get better! The song is on point for me, but it took some time, I did have a hard time the first time, but it didn’t take long for me to get used to the song. If this survives the semi-final, then I can see it do wonders in the final.

Zack – 8 Points
Translating the lyrics, you are seeing a very introspective story from Joci.  I greatly admire this song for being the odd man out, for being one of the very few not in English, but also for being heavily based on ethnic music.  The many layers of this song, from the production, to the different verse structures (singing to instrumentals to rap) all fit well together. I am very curious to see how this will be presented in Kyiv.

Ferdi – 8 Points
Hungary is headed to Kyiv with a great ethnic song which still sounds modern. Everything about it screams culture; the music, the language… It surely will stand out in May. Props for Hungary for sending this and truly celebrating diversity! Origo has a very nice instrumental and I love Joci Pápai’s voice. I’m looking forward to the live performance in Kyiv!

Nenad – 8 Points
We’re celebrating diversity this year, aren’t we? Hungarian entry this year is not something we expected to see at Eurovision by this country. I love the entry. Simple and powerful. Singers’ soaring voice complements the song. It is always good to see an outstanding and non-regular song at Eurovision. I am just a bit scared how’s the performance going to look on stage.

Calvin – 8 Points
As a composition, this song is very strong. The combination of the modern R&B rhythm with the folk elements is very fresh-sounding, while the rap break is unexpected without being lazily random. Also, there’s a lot of tenderness in Pápai Joci’s performance of this song in studio. He seems to know exactly where to restrain himself on every note, and the emotion that emerges is very powerful. However, he has some difficulty presenting that emotional story live – he’s pushing himself on each note past where he goes in studio, messing with the studio version’s delicate balance.

Stefan – 8 Points
He wasn’t my favorite in A Dal, but his songs has grown to my heart. Also, my bow for not singing in English. That will be one of the biggest advantages of this song!

Gerry – 7 Points
“Origo” is exactly what Eurovision needs more of. Unapologetically Romani and Hungarian, Joci brings raw feelings, deeply rooted in his ethnic heritage, to the stage. From the chorus to the rap verse, the emotion rings true, piercing through the language barrier. Haunting and nostalgic, the hook is incredibly catchy, even if it isn’t in English, and it should prove memorable to viewers on the night of the show. Music like this, giving a country’s culture the chance to shine through, is incredibly underrated.

Sean – 6 Points
Origo stood out as a bold entry from listening through A Dal so it was a surprise it was chosen, but I’m glad it was! The song showcases a different side to Hungary we have not seen since their return, and in the native language and with many traditional elements it will stand out from the crowd. I imagine this will soar through to the final based on this and Papai’s strong emotive delivery, but who knows where it could end up in the grand final?

Matt – 5 Points
I appreciate authentic music that is not trying to appeal to the masses. Origo is doing a good job being unique, for better or worse. Look, I’m not going to lie, it’s not my kind of music. The chorus is interesting and stands out but it’s not for me. What really hurts the song, is the Rap part. I don’t want to be too harsh as I acknowledge the risk Hungary is taking with this entry. At the same time, I don’t want to pretend that it speaks to me because it just doesn’t. So I put it somewhere in the middle….you’re welcome.

Robert – 3 Points
One of only half a dozen or so entries this year to not be entirely in English, this certainly stands out from the off. It has a very Eastern feel to it as well, with Romish elements throughout the song. I don’t like it. I just don’t. It’s tricky to explain what it is that really grates, but it’s mostly a total lack of anything which grabs me in any way. I particularly dislike the rappy part towards the end (rap music is anathema to me, so not a huge surprise!) and just struggle to get into the song at all. The music, I will admit, is decent enough, but the overall package is one which I don’t like and could happily do without at the contest.