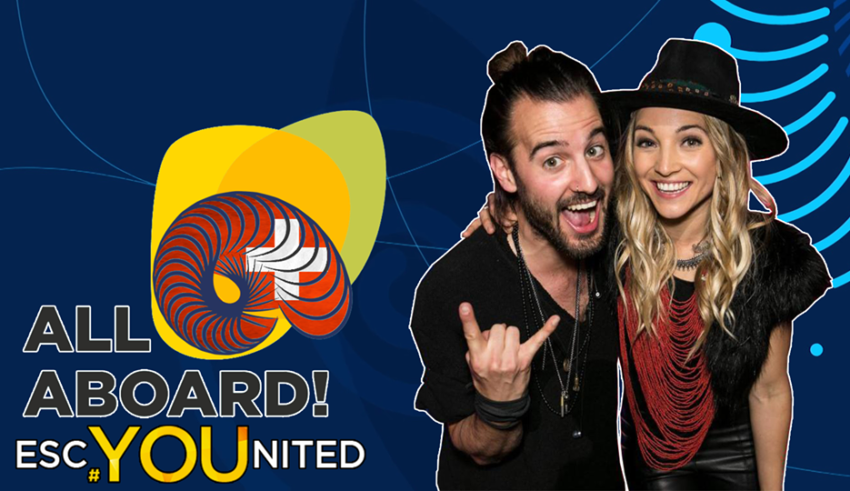 It’s almost time to move outside of a top ten as we review Switzerland, the 11th entry of this year’s “Expert” Panel, but of course we need to do a wrap-up. What did #YOU think of Finland?

Pauli P. (Facebook) – ” I like [Finland] VERY much, in my top 5 for sure. Currently my second position to win!”

Himan (Forum) – “I am trying to like the song, but I just can’t. Especially live at the big notes I really dislike it. Her voice doesn’t fit with this kind of song. Though she probably likes this the best. The good news is that this contest hasn’t have many songs like this one, so it can still qualify.”

r3gg13 (Forum) – “I love this song, but I hated her UMK staging. That was Barbara Dex material. If she does something like what she did in the Lithuanian NF, it would be better. She needs to draw inspiration for staging from the music video. Something more daring would be perfect for this song.”

Finland’s final televoting score ended up at a very respectable 69 points, with a lot of 10 and 6 point ratings balancing out the average. Will it be enough for Saara to take top spot? We shall see later. Now onto Zibbs!

Christian – “If I can distract myself away from “Stones” being such an odd word to sing as “Party Voice” and that I thought Common Linnets were back in the contest then the Swizz has come up with a heavy power rocker banger. When I first heard it, it did not grab my attention really but that is no longer the case. Well delivered and well sung. There is nothing wrong with you, it is just me. This has to qualify on the terms that the live delivery does not put the studio cut to shame at all.”

Matt – “Best opening line ever….Wild joker on a gold throne. Zibbz has a really catchy tune, it has so much going for it. Strong verses, memorable chorus and overall just a great composition. I sometimes have issues understanding everything she’s singing (please enunciate) but besides that, I don’t see many flaws so two thumbs up from me, I love it.”

Calvin – “Switzerland’s entry underwent one of the best revamps ever at Eurovision. In its new form, the entry is soulful, captivating, and catchy. I especially love the high note on “stones!” which leads into the final chorus and how loud the song goes right from the beginning. Vocalist Corinne Gfeller has a wondrous voice that this massive new version shows off very well; the wailing tone of the vocal communicates how deeply she believes in the song. Combined with an accessible, modern feel, Switzerland could be a serious dark horse come May.”

Connor – “I’m in love with the Swiss entry this year, and how simple and clean “Stones” is. There’s nothing over the top and flashy about it because it’s all about their song’s message. I think that this is Switzerland’s best chance at qualifying and really standing out in the musical crowd.

Robert – “Rarely does a revamp go quite as well as Switzerland’s this year! This song felt like just another of the many bland Swiss National Final entries we’ve been subjected to over the past few years, but this has been brought seriously alive! It’s a banging tune now, no doubt about it. I still think that the verses are a bit weaker than the rest of the song, but I cannot deny that I am well behind this entry – which makes a change for Switzerland! Exciting and funky: it stands a serious chance to do well this year.”

Stefan – “It wasn’t my fave entry from their NF, but it started to grow on me. It’s strong, it’s powerful, but it’s an entry coming from Switzerland, giving it a disadvantage instantly, plus it’s in the first semifinal, where we already have a bloodbath. I am sorry to be harsh, but they will need hell of a performance if they want to stand a chance.”

Zack – “I find the song to be a little catchy, but a bit more of the same of the safe, middle of the road, approach that has plagued Switzerland. I really wanted to really like this song, but I’m just left wanting more.”

David – “As per usual in Switzerland, the song get’s a revamp after it has been picked, and did it work out this time? Somehow, I don’t feel it did. The song feels a bit more harsh and harder to listen to, with some added heavy tones. Despite that, I do like the song, but then again, it just feels like it goes straight through, inside one ear and outside the other. Without sounding rude or anything, it easily becomes quite boring.”

Efe – “When I first heard the song “Stones”, I wasn’t surprised or mesmerized by it, the opposite of many Eurofans. I would prefer “Apollo” instead of this song actually. I believe that Zibbz must work really hard on the performance if they really want to qualify.”

Sean – “This has always been a real snoozefest for me and I can’t tell a discernible difference in the revamp, maybe slightly more oomph? Certainly a very strong live performance from Switzerland this year but it’s difficult to hide that they have sent another beyond average by-the-numbers song to Eurovision. Where’s the interest?”

Switzerland score slightly above average then with our panel, achieving 65 points.  Let’s see what the current standings are…

Finland move up to second spot as Eye Cue of (FYR) Macedonia cling on! Could they go all the way?

But… how will Switzerland compare with #YOU, our lovely readers? It’s time for your decision in our poll! Make sure to leave your vote with us below, and also make sure to leave a short review on social media or on our forum HERE and we’ll feature the best ones tomorrow!