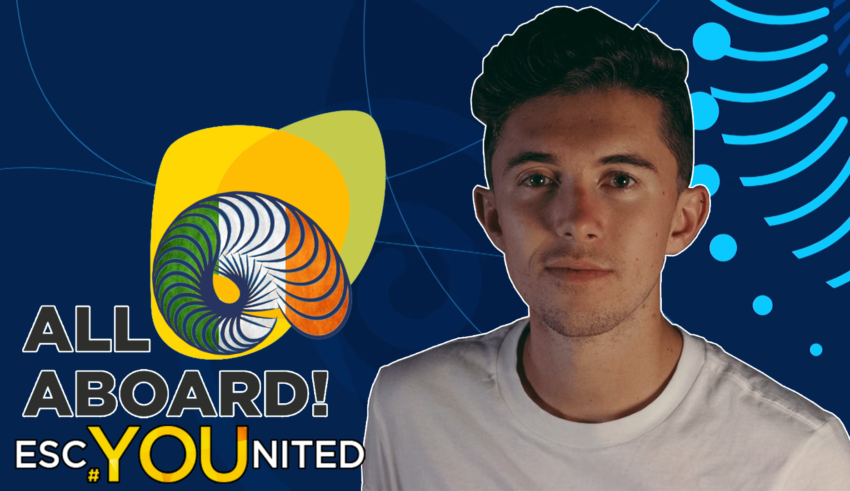 It’s almost time for us to praise or criticise the Irish entry for this year’s contest, but we must first reflect on yesterday’s entry as always. What did #YOU think of Slovenia?

Jakob B. (Facebook) – “I feel like juries will absolutely destroy this. Then again, they wanted to put Slovenia/Blue and Red through to the final in 2016, which baffled me.”

Gordon_Shumway (Forum) – “Wow, this song keeps growing steadily on me. One of those entries where I cannot really explain why I have such fun listening to it. Hope it qualifies for the final! Greetings from Germany to Slovenia!”

tuorem (Forum) – “I’m posivitively surprised by how well the song seems to be received by the audience too, compared to the ridiculous odds it has at the moment. I still believe “Hvala, Ne!” can surprise big time in the contest.”

LoveHate (Forum) – “I really like her and certain aspects of the song, but the song just isn’t good enough. I want to like it more than I actually do.”

Some positive comments for Slovenia with a hint of skepticism on the result but an average score from the ‘televoters’ of 55 points in the end! We’ll see how this affects their ranking later, but now it’s on to Ireland!

Christian – “Another sensitive ballad from a young man. Since I like classic ballads it is like serving candy to a child. I find this so cute and, yes it might be bit cheesy, but I love cheese too. It is really sweet and profound and I wish for it to do well. I love his falsetto and soft charming voice.”

Connor – “I was nervous about Ireland sending another ballad after last year, but Ryan has made me fall in love with their 2018 entry. The lyrics are highly relatable to anyone who has watched someone fall out of love, and I believe that Ireland has a good qualifying change this year. We’ll see what happens in Lisbon though.”

Matt – “Quiet and slightly insignificant. It’s not going to blow the Eurovision fans away. But I do have somewhat of a soft spot for this one. It definitely feels “Irish”, at least in Eurovision terms. Reminds me a bit of Rock’n Roll kids from 1994 and I just like that kinda sound.”

Robert – “After failing to qualify two years in a row with male soloists, Ireland took stock and has sent, err, another male soloist… Nope, I don’t get it either, but I’m kinda glad they did as this is an undoubtedly sweet entry. I would be utterly gobsmacked if this even got near qualification, but it’s essentially a soft and pretty ballad. I fear it will struggle on the live stage as well. Usually I get a bit bored of songs like this, but I’ve yet to find that this drags for me. Must have a soft spot for it!”

Calvin – “I’d hardly call it a bad song. In fact, it’s kind of sweet and with a lovely little video to boot. But it is a very pat one that doesn’t leave too much of an impression after it’s done. I blame the lilting melody and the rather bland combination of instruments in the song’s production. Also, I’m worried about Ryan O’Shaughnessy’s vocal and whether he’ll be able to project the head voice sections come Eurovision. Still, it’s not bad while you’re listening – only forgettable after.”

Stefan – ” I think I have already stated this, but for me it is too cheesy. The LGBTQ, the war/peace themes are so overrated. I don’t know what is happening there, but Ireland need some serious help Eurovision wise. If they continue to work like this, they will keep staying in the semis.”

Zack – “Cute. But cute does not win Eurovision. Whereas I felt San Marino was trying too hard, I feel like Ireland is not trying hard enough. Even after multiple listens, I’m still left saying, “Hmmm…” and nothing more. The video’s visuals spark my attention, but not even replicating them in Lisbon will save this song from non-qualification.”

Efe – “Although I quite like the message and the chemistry of the song “Together”, I don’t believe that Ireland will be qualifying this year. The song is so low-quality for being a Eurovision entry. I feel so sorry for them. Nevertheless, good luck to Ireland!”

Sean – “Ireland using the well-known tactic of ‘try the same thing that didn’t work the previous few times’, although it has to be said that it is an okay attempt this year. It’s a sweet little ballad but it’s also very non-descript. At least last year’s entry had some interesting elements to keep my attention for three minutes. It will have to be a fantastic vocal performance from Ryan in Lisbon to stand any chance of staying until the Saturday I fear.”

David – “A sweet and very innocent song from Ireland, very enjoyable actually. Yet, this is pretty much what we’ve gotten from Ireland these past few years, just like in 2017 & 2015, and sadly it didn’t work out. The thing is, the song is very nice, but only for the time when you’re listening to it. When the song is over, I’m struggling to remember a hook, and with that, I easily as well end up forgetting about the song completely.”

Ireland seem to have calmed our panel but this only results in a medium ‘jury’ score of 51 points. Can the ‘televote’ bring this up tomorrow? We’ll see… here’s our latest ranking!

Time to hand it over to #YOU! What are your thoughts on the Irish entry? Share your short review of the song in the comments section below, on our forum HERE or on social media @escunited and we’ll feature the best reviews tomorrow! As ever, don’t forget to vote in the poll below to help decide Ireland’s final score.

Tomorrow’s entry comes from a country on a streak, but will Poland’s Gromee and Lukas Meijer keep this up?