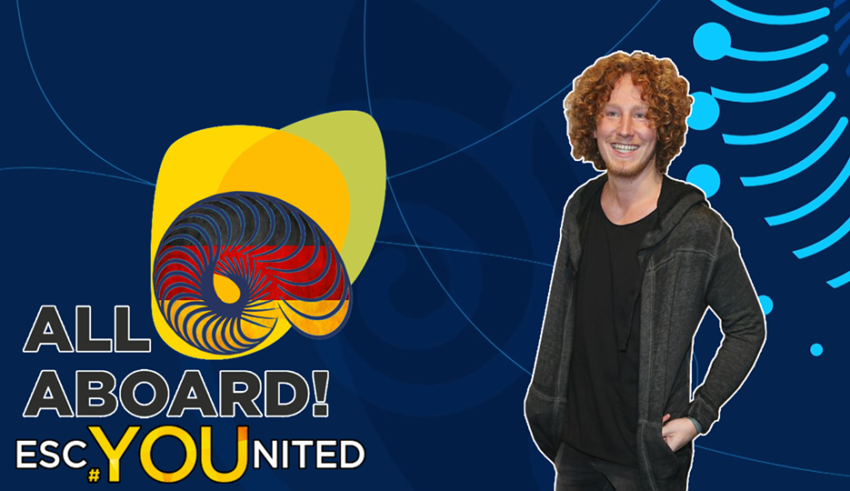 Almost time for us to review another member of the big five, as Germany’s Michael Schulte faces the panel. But first, the small matter of discovering what #YOU thought of this year’s big favourite, Israel, and there were many strong opinions on this one…

Stephanie S. (Facebook) – “I really feel like I’m among the few who refuse to buy into the hype over this song. The lyrics feel so cringe-worthy, the chicken noises are grating on my ears and I don’t know why people see this as the outright winner”

mauve (Forum) – “Definitely not my cup of tea. Even though this song might be the idea of creating a modern Eurovision song and has its own style, it’s not getting through to me at all. Unlike other people I have nothing against a song including humorous elements, but in this case it just doesn’t work. Absolutely completely overrated.”

Soul (Forum) – “A rather bland dance track meets chicken sounds and the weirdness of a highly entertaining and talented singer. Not too bad but I grew tired of it very fast and don’t really want to see it winning even if it’s still somewhere in my personal Top 10. After all it’s a song contest and the song – while it’s definitely great fun and a breath of fresh air – sadly isn’t all that great.”

blue00eyes (Forum) – “I really warmed to this entry, the chicken sounds and her faces doesn’t annoy me anymore, I still think the chorus is a bit weak compared to the other parts but I can upgrade to a 7.”

With by far the biggest response to a ‘televoting’ poll so far this year, Israel have racked up a huge 84 televoting points, only eclipsed by France’s result of 90. Will Israel push ahead of the pack like in the betting odds? All will be revealed later, but now it’s time for Germany…

Connor – “Any song that relates to family members is certain to pull at heartstrings, and I think Michael managed to do just that to win the German ticket. This song is beautifully orchestrated, simplistic, but also a powerful ballad with impact. Assuming that the symbolic staging can accompany him in Lisbon, I think Germany’s bottom ranking days are over!”

Matt – “This is personal, I totally click with the lyrics and it moves me to no end. Which makes it difficult to listen to as it doesn’t really make me feel good, just incredibly sad. But the fact that it really stirs a certain emotion, this is the most powerful thing a song can do so my hat is off for Germany. Melodically it’s really pretty and Michael can definitely sing. This deserves a lot of credit.”

Robert – “I will be the first to admit that this song is somewhat cliché in its style and delivery… But I really like it! He has a gorgeous voice full of emotion and it comes across well in the song. The chorus has a delightful floaty melody which just grabs me and will not let me go. Hell yeah, it’s a style which has been done to death, but why should that be a problem when it’s done so well? The ending is especially spectacular as well coming to a wonderful crescendo. I don’t get the hate this song has been getting from certain quarters – it is (finally!) something different and exciting from Germany.”

Christian – “This Ed Sheeran pastiche will likely go down well with everyone and my hope is it will do better than Germany has done for the last years and at the same time I keep thinking who will actually vote for it. It is well composed and has a profound story behind it. I am glad they finally broke out of the Lena spell they had for years found artist that sounded so much like Lena.”

Stefan – “He looks like a simple guy, as his song is. For me it’s simple and flat. I don’t know what’s happening there. They had big plans for the NF, they had “experts”, but not much has been done. Unfortunately, Germany is gonna be on the bottom again. They should just hire Mr Bjorkman next year.”

David – “As I always do every year, I listen as much as possible to each song, on the lead up to the actual show. For that reason, I feel that is why I’ve been slowly paying more attention to this song. I don’t know what I’ll say about this one after the show, probably all depends on how it will do, but for now it’s a very warm and wonderful song that builds as wonderfully up. Yet, it’s not really something I listen to multiple times, as much I love those lyrics, and the wonderful message, then it’s not as touching as I make it sound like. I’m very sorry Michael, you are reaching me, but barely.”

Zack – “Generic balladry. Nothing about this song puts a “toot” in my horn. This will not stand out, this will not place well, and the German delegation will remain tone-deaf to the whole process while other countries will learn from their mistakes and excel.”

Efe – “I don’t understand why Germany goes on to the contest with weak entries. In the national final, there were better songs though. I don’t think that this year’s entry will fit with Eurovision at all.”

Sean – “He has a great emotive voice and I can certainly appreciate why people are enamoured with this song and its message but it really does nothing for me at all. It’s a typical snoozefest ballad that, while not quite Disney levels of sickly and formulaic, does tread into this dangerous territory too much for me.”

Calvin – “I expect that this entry will do quite well for Germany, and that is a welcome change for Germany after a few years in the cellar. But there’s something about it that I find incredibly irksome. It combines the smarminess of some of alternative music’s worst features with the uncanny earnestness of Christian rock.The melody is probably the culprit; it’s extremely cliche, bringing nothing of interest to the song. Michael Schulte as a performer can’t quite bring the sincerity needed to elevate the song, either. This sits comfortably near the bottom of my list.”

So with a mix of very high and very low scores, Germany unsurprisingly sit with an average 51 points from our jury. Can the ‘televote’ result catapult them up the scoreboard though?

Let’s take a look at how the current scoreboard sits;

And it’s Israel who take the lead, and take it alone! Their combined score of 157 is enough to move past the triple-tie of France, Bulgaria and (FYR) Macedonia! Can Netta stay there for the rest of the season or will a challenger knock her off?

Now it’s over to #YOU on Germany. What do #YOU think of Michael Schulte’s efforts this year? Share your short reviews with us below, on social media @escunited and on our forum HERE and we’ll feature the best reviews tomorrow! Don’t forget to also vote in the poll below to help decide half of Germany’s score.

Tomorrow will see Lithuania’s Ieva Zasimauskaite face the panel – what did we think of “When We’re Old”? We’ll see soon!