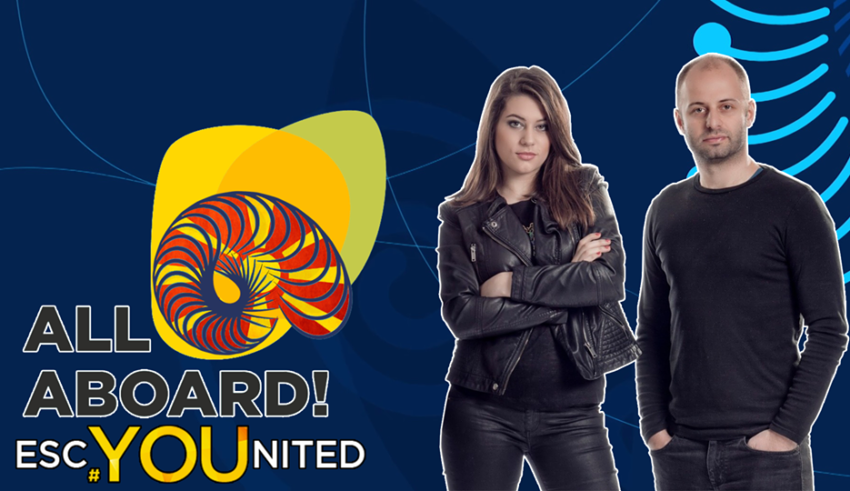 It’s really beginning to hot up now as we move onto the fourth song in the “Expert” Panel, but more on that later… yesterday we asked what #YOU thought of Eleni Foureira’s “Fuego” and here is a small selection of what #YOU said;

BernadetteCydonia (Forum) – “It has quite everything to certify this as a summer hit. Infectious beats? Check. Memorable chorus? Check. Delivering drop? Check, perhaps. Something on the road you could be singing all summer long. Aye aye aye, fue-go!”

Amy-Louise D. (Facebook) – “It’s one of my faves this year and I can’t stop playing it on my phone and on YouTube. It has one of the best videos this year and I believe she will provide a really strong performance. I know it’s a very competitive year, but I still think she’ll do really well.”

MatiMati (Forum) – “Despite the name, there’s little fire to be found in this Swedish beach pop. The heavy effects applied to Eleni’s voice are a risk for the live performance, but the song has apparently found surprising success on Spotify, which may help it. Still, everybody sings live in Lisbon…”

How will this reflect on the ‘televote’? Well, #YOU gave Cyprus quite a favourable response, rewarding “Fuego” with the new 2018 record of 73 points. We will see where this puts them later on. Onto the fourth song…

Connor – “I’m in love with this song, and I think that Macedonia is really finding their niche for exciting ESC entries. This reggae and pop mixture is something that I never thought would go together but it’s absolutely beautiful. It’s my hope that this song is as amazing live as it is in the studio, and it doesn’t fall flat like last year. Macedonia, you’re doing amazing sweetie.”

Sean – “My face lit up like a Christmas tree when I first heard this. Out of nowhere this has blown the competition out of the water! The blend of reggae, indie rock and pop shouldn’t work but oh my word, it does, and it’s fantastic! The lead-in to the choruses is sublime with a punchy and exciting end product, the main duo seem to have a charisma that will hopefully translate on stage and it ticks all of my boxes to be classified as an absolute banger. In other words, yaaass I stan this bop!”

Stefan – “First time I heard it, I was like meh. But now it’s in my top 10. I so want to see them (finally) qualify. They really deserve it. Yes, they are playing GoT, but I feel that they will scoot in.”

Christian – “This singer has found her own voice and has a voice that sounds distinctly personal. A well composed track that is rather daring with its many shifts in tempo. Here is a song that I simply do not get tired of after a few listens as there is so much interest to listen to. The reggae influenced beats bursting into a country disco ballad. This is original and feels like longer than 3 minutes but not in a bad way at all. I dare not watch the interpretation of how people “go deeper” when this bangs out on the dancefloor.”

Matt – “It often is difficult for me to get into songs that go through differente styles but I am making an exception here cause Eye Cue did it right. Every section of the song to me is enjoyable and I keep hitting the repeat button over and over on this one. It is so pleasant on my ear and considering it has a Reggae sound to it, that’s quite an accomplishment. Possibly the best entry yet from FYR Macedonia.”

Zack – “One of my Top 5 this year. Totally unexpected, but I have been left so unimpressed with the staging by this country. So I would not say this is a sure-fire qualifier just yet.”

David – “Dang it, I really don’t know, why does the song have to change so much?!?! Arrrgh!!! When the song feels like it’s about to take off, and the banger beat is about to hit, then they change the style of the song and it just ends. I wanna give this a better score, but leaving me lost like that… how could you, but I’m happily waiting until I’m found!”

Calvin – “The best part of the Macedonian entry is the interaction between the multiple genres they balance. When the song began, I thought the way it used reggae wasn’t particularly innovative, and in isolation, the chorus may not exactly be Beethoven’s 5th either. But they make for really nice complements when combined. As the song goes on, the reggae makes for a nice break from the energetic chorus, providing great, creative variety that may not be there if they stuck with one genre throughout the song. Also, “have you ever thought about it?” has been in my head since I first heard it. This is overall a very solid offering from Macedonia”

Robert – “This has a slightly eclectic mix of styles running through it and the overall package just about works for me. I find the verses can drag a little, but the build to the chorus and the chorus itself are both delightful. It is catchy and well sung. I cannot pretend I am enthralled by the overall package, and would be surprised if it does well, but it has its charm and I certainly find myself getting into the beat when it’s on.”

Efe – “This year’s entry does not excite me at all. On the other hand, the song “Lost and Found” contains more than one element which is a really good factor for the Eurovision platform but I do not think that is enough to make it to the final. I personally do not see FYR Macedonia in the final this year.”

A very positive response from our staff sees Macedonia achieve 80 points out of a possible 100 from the jury, so how will this set them up for the televoting score?

Now it’s time for #YOU – what are your thoughts on “Lost and Found”? Share your reviews with us on social media @escunited and on our forum HERE, and make sure to help decide half of the points in our poll below!

Tomorrow will see our fifth song face the panel, with the first chosen entry of 2018. Will Albania have the staying power to go all of the way this year?

Let us know what #YOU think of the “Expert” Panel and this year’s contest on our forum HERE!