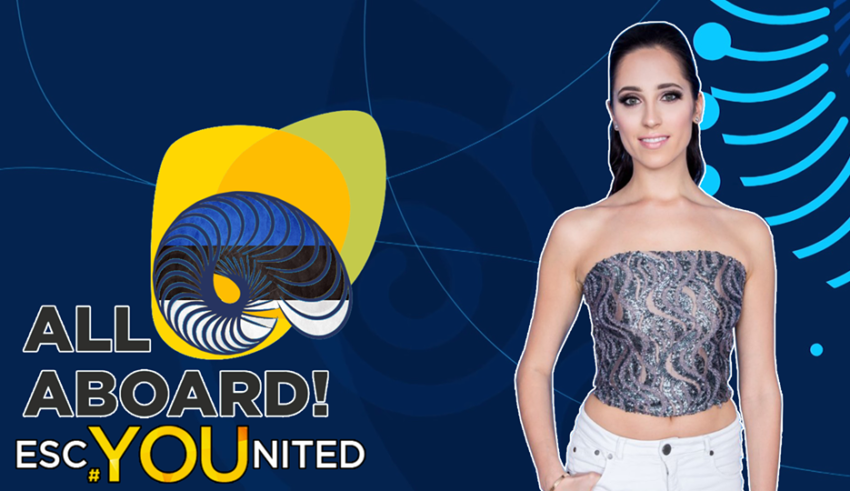 While we will be discussing two unique and completely different entries in this article, we must stop first with Georgia’s “For You”. What did #YOU think of their song this year?

Kairit (Forum) – “So grateful we have this song this year and Georgia is staying true to themselves and bringing something ethnic and very unique in this year’s context, definitely something you could only have from Georgia. As said, it totally enriches the competition. Though I wish I enjoyed it more, because it just doesn’t… sound great to me personally and I don’t find much enjoyment from listening to it, but I’m glad it does have fans.”

Amethystos (Forum) – “”If you want a song to be a hit you have to keep it simple”. I love how Georgia’s song this year doesn’t care for success but still enriches our acoustic values.”

ES2011 (Forum) – “I’m not saying this is my favorite entry or anything, not even my top 10 and possibly not even my top 20, yet I have so much respect for Georgia for sending an entry like this. At first I disliked it like most, however over time you start to pick up the small details in the song, which are actually quite beautiful. Each listen I feel I discover new aspect on what I first thought to be a bland and disorganized mess. I think the song builds wonderfully and take turns you would not necessarily expect. Some unexpected turns I can really appreciate and other far less. Yet it is a refreshing experience and most of all, authentic. Congrats Georgia!”

A lot of respect it seems for Iriao and the Georgian entry. However, the song itself only receives 43 ‘televoting’ points from our readers. We will see how they fare later on. Next up, it’s one of the favourites…

Calvin – “What Elina Nechayeva delivers vocally is among the most spectacular performances of any Eurovision song, especially at the end, where she moves from death-defying sustained note to an even higher one multiple times. I’ve heard criticism of this song as merely a showcase for the impressive vocal, and I couldn’t disagree more. The melody is ethereal, triumphant, and beautiful. The decision to sing in Italian is a wonderful nod to the genre’s history. The production isn’t necessarily original but works well for the other aspects of the entry. One of the best packages of the year.”

Connor – “There’s something about this song that is captivating, emotional, and one of the best opera entries I’ve had the pleasure to listen to. When this song was announced, I knew it would sweep Eesti Laul. Elina has the voice of an angel and a stage show to match. And that final note is superb. I think this is Estonia’s return to the final for sure.”

Robert – “Three years ago we missed out on a Eurovision operatic masterpiece in the form of Opera Skaala, but this year we finally get something! By the Gods this is good! Elina has an incredible voice and the song launches it almost immediately! Listen to the beautiful voice as she throws into the heavens to bring back some divine magic. Can you tell I love this song yet?! The song ebbs and flows with the epic start giving way to a more reflective middle before the stellar ending just blows you away. Top notch vocals, top notch song. I adore this and would love to see it do well!”

Christian – “It is hard not to like this. That voice and that performance simply has to qualify. It stands out and shows how much diversity we have this year. I had not seen this coming from Estonia that seems to be fighting hard and these days it is harder to win their national final compared with competing at ESC. So a native win is already exhausting but this is a nice change for Estonia to showcase such a talent.”

Efe – “I strongly think that Estonia will be really successful this year. They really deserve to be in the Grand Final. Not only because the song’s genre is opera and naturally considered to be strong because of that, but also the song has the potential for winning. I hope Estonia will make it to Grand Final after 2 years of disappointment.”

Matt – “Pop Opera is usually a hit or miss for me but fortunately this one is definitely a hit. Perfectly performed and arranged, I can see this one go big in Lisbon and I wish Estonia the best of luck.”

Zack – “I feel like I have heard this song so many times at Eurovision. Yet, it is still very epic and Elina is an incredible singer. I do find myself humming this quite a bit and despite it not being the song that I would like to see Eurovision, I believe it is the song that WILL win. Talinn 2019!”

Stefan – “I can feel the power and some kind of connection with Grande Amore, but its kinda too much for me. I know it is her powerful voice but to me it seems like she is screaming too much. I think it will qualify, but yet again Verona was a favorite and it didn’t.”

David – “It’s been some years since we got some Opera pop, so already there, Estonia sticks out. The thing is, that it can either stick out in a good way, or a bad way. However, I’m different, and after watching Eurovision for so many years, this doesn’t seem like anything special to me. Elina has a marvelous voice, but it can get a bit too much, and often I find myself enjoying the music more, without any lyrics, and I think I would’ve been a bit more positive, if it weren’t for that unnecessary scream at the end.”

Sean – “While I can really appreciate the talent and the fact that this song is a really pretty arrangement, it just isn’t my thing at all. She has a fantastic performance setup and voice but I am just not captivated in the way many fans have been. A dissapointing choice from Estonia. Brave, but dissapointing…”

And so a fantastic score in the end for Estonia, as they receive 78 points! Can they take the title? We will have to wait and see tomorrow!

Let’s see how our scores stand…

Georgia move to joint 25th place but lose out to the United Kingdom on televoting points. Israel still hold firm going into the last few songs, but with Estonia already finishing above San Marino with a half-score, will this change?

Now it’s up to #YOU! Share your short review of the song from Estonia below in the comments section, on our forum HERE or on social media @escunited and we’ll bring #YOU the best ones tomorrow! Also don’t forget to vote in our poll below!

Next up on our agenda is another song from the east, as we welcome Russia back to Eurovision. How will the panel feel about “I Won’t Break”? We’ll see tomorrow!