Home 2017 The Australian act to be announced March 7th 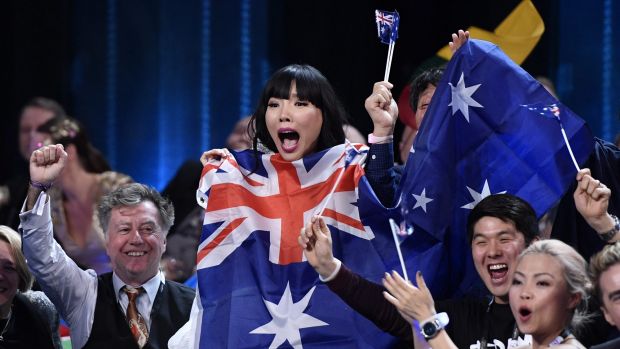 Australia was so close to winning the Eurovision Song Contest on their second attempt last year and they are back for more.

The Land Down under is going to return to the contest for a third year in a row and the Australian broadcaster SBS provided additional information regarding the artist reveal. Who will follow in Guy Sebastian and Dam Im’s footsteps and is it going to be a dance song, a big ballad or something completely different? Well, you have to be a little bit more patient.

The artist will be announced on Tuesday, March 7th 1017. The act and song will both be revealed the same day and SBS is putting together an intimate live performance at a currently unknown location somewhere in Melbourne. The event will be hosted by Julia Zemiro.

Fans from all over the world will be able to follow the artist reveal live via the SBS Facebook. Make sure to check SBS Facebook and ESC United for updates.

Do you have any guesses as far as the artist is concerned? Will it be a male or female singer, or is it going to be a band this time around? Make sure to join the conversation HERE and chat with fans from all around the world.