Home 2019 The American Song Contest: What do we know so far? 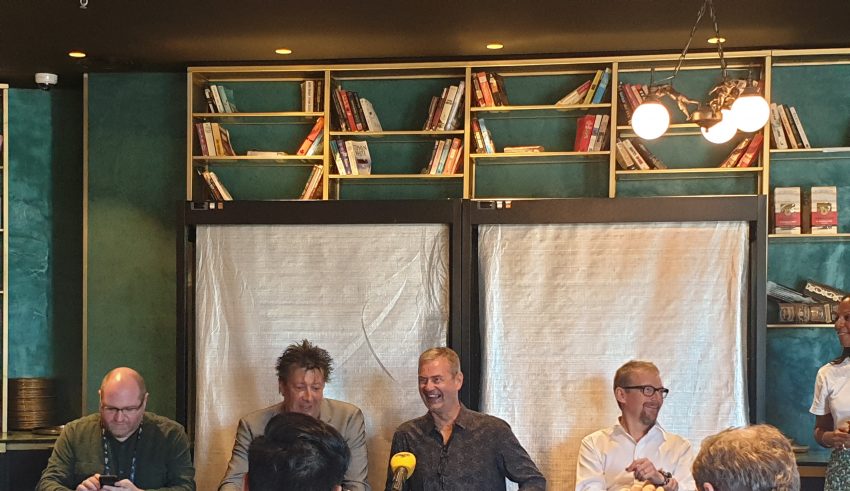 Earlier today, Sean attended the press conference for The American Song Contest, a new EBU venture launched by Christer Björkman across the pond.

Here’s everything that we know about the new Stateside contest from this conference!

Discussions regarding bringing the Eurovision format to the United States  began during the production of Eurovision 2017 in Kyiv, with constructive talks with the EBU in Lisbon last year. Work will begin on the contest immediately after Tel Aviv’s contest is completed.

The project serves as part of Björkman’s next step in his career as he prepares to step down from his role with Melodifestivalen in 2021.

The license the EBU is supporting the Swedish production team of Ola Melzig, Christer Björkman and Anders Lenhoff as well as the production company Brain Academy in implementing their idea of the contest in the United States. The contract with the EBU was signed two weeks ago. When asked about Canada and Mexico, they confirmed the license for the contest is exclusively for the United States and does not include any other countries in the Americas, however the team “don’t want to close any doors”.

This has not yet been confirmed with discussions ongoing, so we do not currently know if this will involve the 50 states competing like the Eurovision countries, or individual regions or cities. The team only could confirm that the contest would be a nationwide event in the US.

The timescale is unlikely to be similar to Eurovision, however, as American television tends to be more seasonal, rather than one week of live broadcasts.

🇺🇸 Why will this contest succeed?

While a previous attempt for an American contest was agreed with NBC, this is the first time the EBU has supported a Stateside project, with Björkman stating that “we believe the unique mix of American and European TV cultures will make this succeed”. The business plan is based on the Eurovision Song Contest, with plans to work with the top TV people in America to produce a high-quality show.

The contest also falls under the EBU’s “together” strategy, by creating a hub of public service media networking, which includes growing the number of live events that Eurovision produce.

This is all we know for now, but if any updates are provided we will let #YOU know, so stay tuned!

What do #YOU think of the American Song Contest? Is it a good idea? Share your thoughts with us on our forum HERE or join the discussion below and on social media!