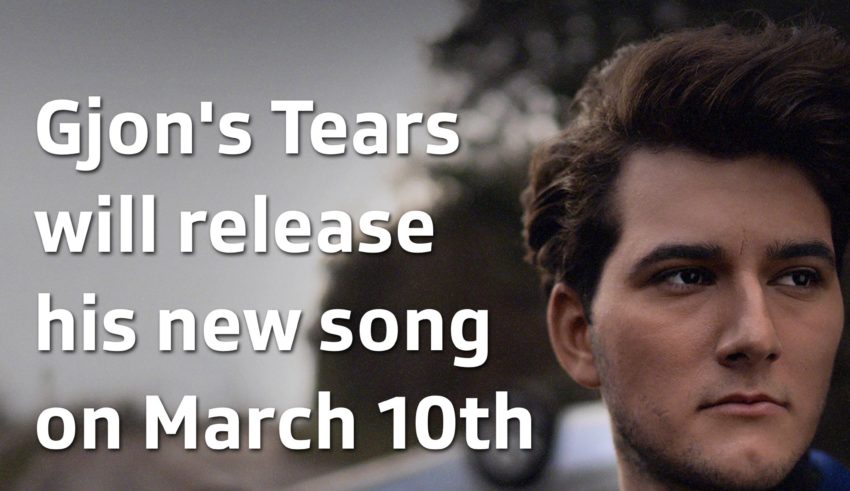 Swiss Broadcaster SRF have just published a tweet in which they announce the release date of their upcoming Eurovision song.  Gjon’s Tears (stage name of Gjon Muharremaj) will reveal his entry on Wednesday, 10 March 2021, at 16:00 CET.

Last year, the Swiss-Albanian singer attempted to represent the Alpine nation with the artpop ballad “Répondez-moi“, which was met with near universal critical acclaim. The song, the first Swiss entry in French since 2010, was one considered one of the dark horse contenders for the 2020 contest.

Any salient details concerning Gjon’s 2021 entry have yet to be uncovered.

Are #YOU excited to hear from Gjon’s Tears? Let us know in the comments, on social media or on our forum, HERE.