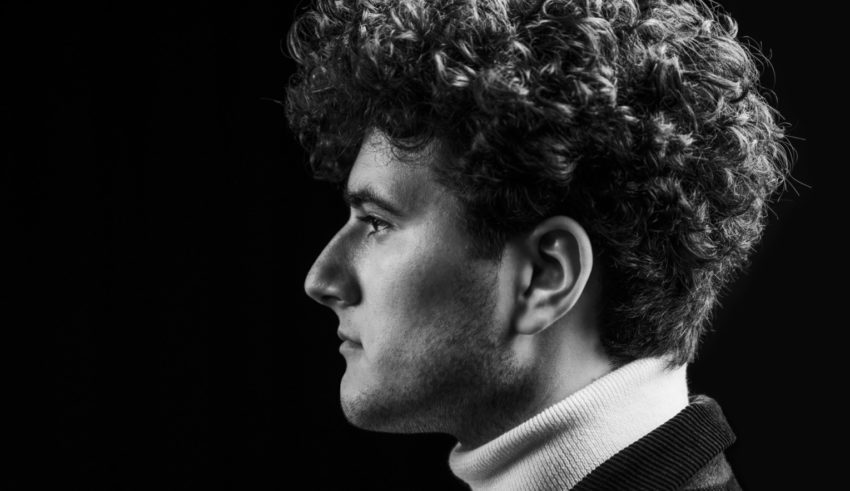 Just a few moments ago, Swiss representative Gjons’s Tears just revealed one of Eurovision’s biggest secret of this year; His 2021 Eurovision entry! After giving us some hints, we finally know that Gjon’s Tears will perform the song “Tout l’Univers” on the Eurovision stage in Rotterdam. Without further ado, let’s listen to the song!

After the cancellation of the 2020 Eurovision Song Contest, Gjon’s Tears was determined to write the most beautiful song ever. A total of 13 songs were created during a songwriting camp. The songs were produced in Switzerland and partly all over Europe. Gjon sang them all before they entered the selection process. In the first round the songs wered judged by 100 persons and 20 international music experts. Not only did the give point to the song, but they also provided feedback on what could be improved. Next to the song production, it was also important to judge his live voice while he was singing the songs. That’s why they also decided to record videos for the judges so they could evaluate his vocal capability during the songs and hopefully find the perfect song for Gjon to perform in Rotterdam.

The musician wrote his latest Eurovision entry with songwriters Wouter Hardy (known as the producer behind Duncan Laurence “Arcade”), Nina Sampermans and Xavier Michel as part of a song-writing camp. He hopes that the combination of solo voice, choirs, piano and strings, mixed with modern beats, gives his entry a distinctive soundscape.

“I am so happy that I will finally be able to take part in Eurovision this year and that I can spread a positive message with my song Tout l’univers. It was important for us to keep hope in this particularly difficult time: we must not give up and we must stay strong. With love, friendship, strength and courage, we can rebuild our future. I am convinced that in this exceptional situation it is possible to rediscover and reinvent ourselves.” – Gjon’s Tears

Gjon’s Tears was supposed to fly the Swiss flag at the Eurovision Song Contest in 2020 with his French song “Répondez-moi”  after being internally selected. Just a few days after the contest has been cancelled, Swiss broadcaster SRF confirmed that they will give Gjon’s Tears a second chance to represent Switzerland in the 2021 contest. He will be performing on 20th of may 2021 in the second half of the second semi-final.

What do #YOU think of Gjon’s Tout l’Univers? Share your thoughts with us on our forum HERE or join the discussion below and on social media!