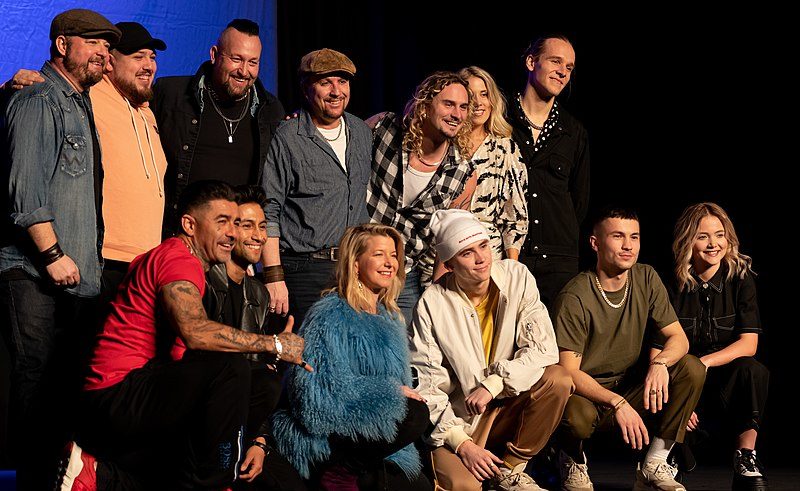 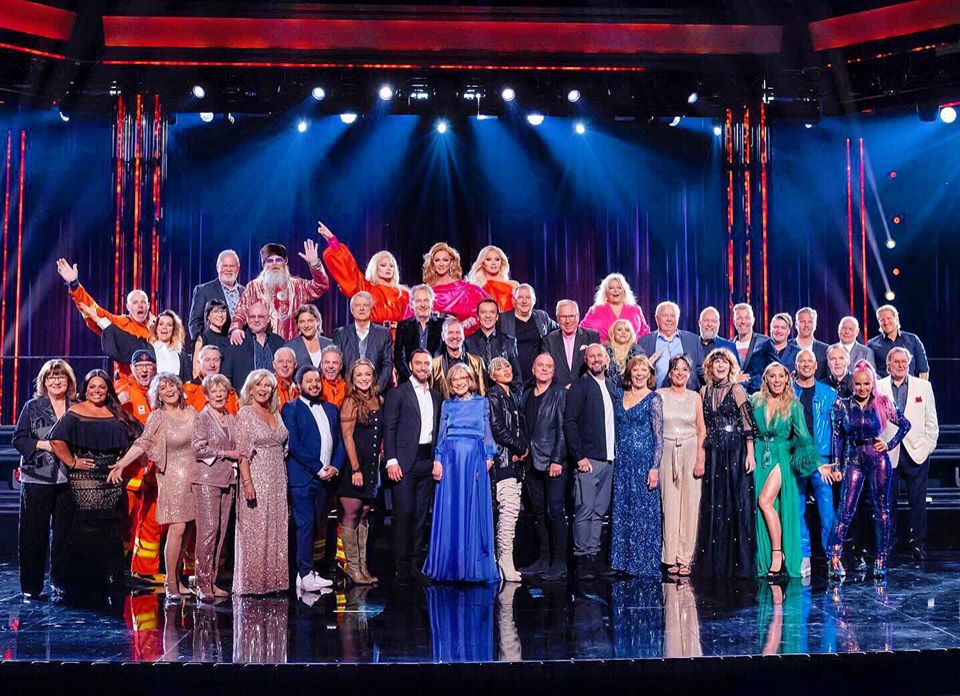 Another super Saturday, another week full of live shows for us to cover. This article will cover the Swedish selection, Melodifestivalen as it has reached its annual Andra Chansen round. In this second chance round, the 3rd and 4th placers from the four heats duke it out. Eight hopefuls entered, but only four left with their torches still lit, their chances of winning Melodifestivalen still alive.

For the purpose of elimination, the eight AC finalists were paired in duels, where they had to face a head-on vote. The act to get the highest amount of votes would move on to the Grand Final of Melodifestivalen.

This was the outcome of the duels:

The rest of the live show was dedicated to the Melodifestivalen Hall of Fame, which paid homage to some of the most iconic performers, composers and presenters Melodifestivalen has ever seen. Old and new inductees performed their most memorable hits of editions past, dousing the show in a haze of nostalgia.

After this, the show swiftly announced who had won the duels (as shown above). Christer Björkman & Karin Park introduced the running order for the finale.

Victor Crone opens the finale with his song “Troubled Waters”, while Anis don Demina’s “Vem e som oss” is the closer. Fan favourite Dotter is snugly placed in the middle in slot #7, her rivals Hanna Ferm and Robin Bengtsson not far off in slots #5 and #8 respectively. Anna Bergendahl’s “Kingdom come” performs 11th.

For a full list of the running order, see the screencap below. 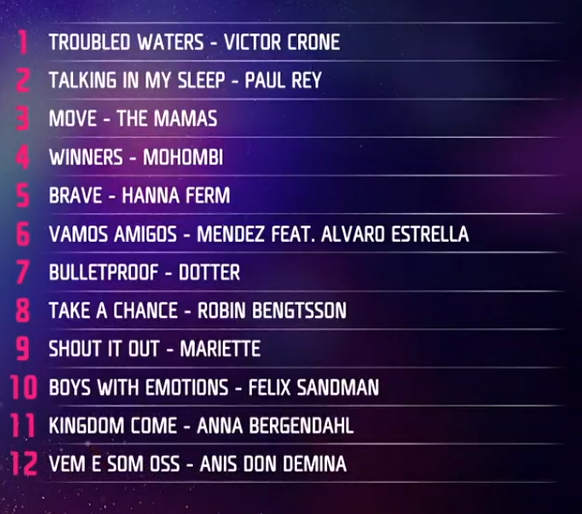 What do #YOU think of Sweden’s decisions? Who are #YOU rooting for in the finale of Melodifestivalen? Let us know in the comments or on our forum HERE