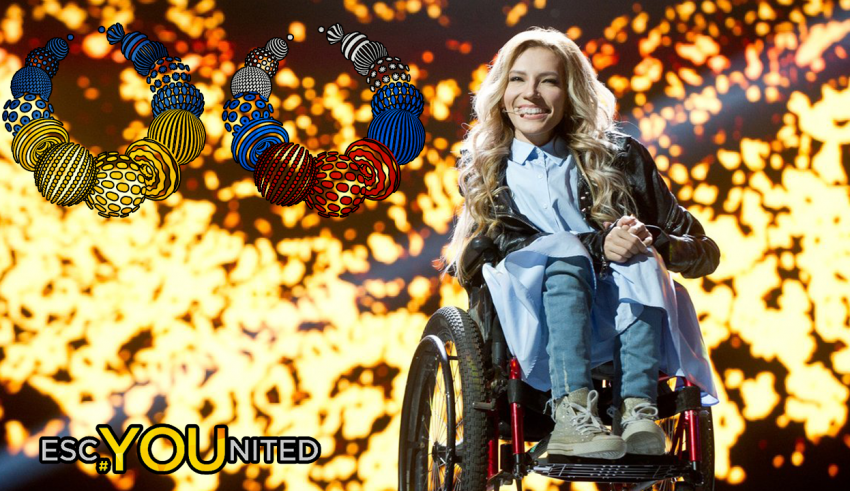 A conclusion has finally been reached, and a decision has been made. Russia will not participate in the Eurovision Song Contest, which will take place in Kyiv this year. The decision comes after a long lasting negotiation between the EBU, the Ukrainian national broadcaster and host of this years contest (UA:PBC) and this years Russian broadcaster (Channel 1).

How Did It Come To This?

It all started last month, when Yulia Samoilova was revealed as the singer for this years contest. At the very last minute, it was revealed that Yulia would represent Russia with the song “Flame Is Burning”, which was composed and written by Leonid Gutkin, Netta Nimrodi and Arie Burshtein. Especially Leonid Gutkin should be a familiar name, since he also wrote the Russian entries in 2013 & 2015, as well as the Moldovan song in 2016.

Attention arose as soon it was revealed that Yulia would represent Russia, since many immediately figured and believed, that the decision was purely based on her being a disabled person.

Russia has in the recent years been attacked and blamed for their view on humanity rights, especially towards the LGBT group, which is a big part of the Eurovision family. Since 2014, Russia has been booed of the stage, and in some cases it is believed that no matter how hard Russia has tried to win in the recent years, then it’s just not possible due to their unpopular status in the contest.

It didn’t take a long time, before people on the internet came with ideas, that Russia selected Yulia, in a strategic way. Since she is a disabled person, who is in need of a wheelchair, then many came to the conclusion, that it would be a very wrong move, if people decided to boo her off the stage as well.

Of course, this has never been confirmed, if it actually was the intended idea by Russia & Channel 1.

However, the problems didn’t stop there. A few days after her announced selection for the contest, it was figured that she also had been performing in concerts, on the Crimean peninsula. According to Ukrainian law, then it is not allowed to enter Crimea any other way, than through Ukrainian territory. She even confirmed herself, that she has actually performed on Crimea and that she traveled there from Russian territory, rather than from Ukrainian territory. This resulted in her being given a 3-year travel ban into Ukrainian land, and that she cannot enter Ukraine before 2020.

What To Do Now?

The original number of participants was to be 43 countries, but has for a second year in a row, been reduced to 42 countries. The EBU stated as well, that they were very disappointed with the given travel ban, and that the EBU would try their best to solve this conflict.

Eventually The EBU suggested, that Yulia would be given a special permission to perform her song, from a stage somewhere in Moscow, and that the performance is transmitted through satelite to the event in Kyiv. Channel 1 of Russia refused this offer by the EBU and claimed that the entire idea is against the spirit of the contest to begin with.

With all the hard work by the EBU, to ensure that everyone will be able to perform, then it just wasn’t possible for the EBU, to change the decision on the travel ban. There has been expressed wishes to postpone the travel ban on Yulia Samoilova after the contest has concluded, but all of the effort was not enough. As seen below, then Ukraine claims that they will provide equal opportunities for all the participants in the contest, as long they havn’t broken the law of Ukraine.

#Ukraine provides equal opportunities for all participants in the contest-the only condition,they must respect Ukrainian law #Eurovision2017 pic.twitter.com/aCpF2aq82e

This pretty much means, that there was no chance for Yulia Samoilova to be given special permission, just to perform in the contest. This has also had Channel 1 of Russia saying, that the EBU has failed to comply with the idea of the contest, which is to unite people and cultures from all around Europe.

Despite the chance of performing through satelite or even replacing Yulia with another artist for this years contest, was considered as unacceptable by Channel 1.

Channel 1 of Russia has also expressed that Ukraine has done the very opposite, of what the contest stands for, by making the contest political. This all go way back to when Jamala was selected to represent Ukraine for the contest last year, with the considered political song “1944”.

You can read the entire statement from EBU by clicking on this link: https://eurovision.tv/story/russia-unable-to-participate-2017-ebu-statement

The contest will continue, and will still take place in Kyiv, Ukraine. Since there is less than a month to go, then there is no chance of moving the contest to another country. The Stage is currently being build as well in the IEC. The contest will just contain 42 countries instead of 43. The same case as last year, when Romania was disqualified from the contest. Participants in the Second Semi-Final who were planned to perform after Yulia Samoilova, will now instead perform 1 slot earlier.

It has also been informed, that Russia will no longer broadcast the event, that will take place in Ukraine.

However, will this have any consequences for the future of the contest? In recent statements, it has been rumored that some countries might consider withdrawal from the contest as well, following the political statements, that there has been around this years contest. Only time will tell now, if the contest will suffer or not from all of this.

Tell us what #YOU think, about this entire dilemma, and who do you believe is to blame and why.