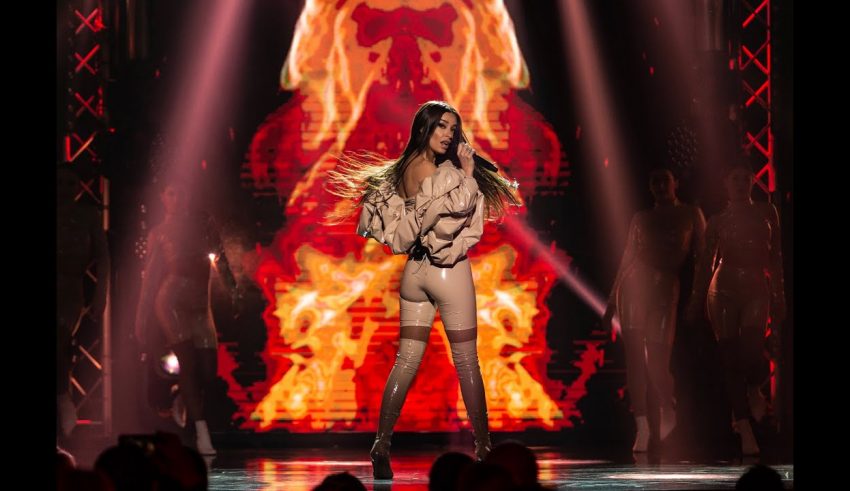 Greek media are reporting that RTVE of Spain had sensationally asked Eleni Foureira to represent them in the contest in Rotterdam next year, giving credence to the reports of a “known name” being chosen for the Big 5 nation for 2020.

The rumour is being reported by Star Channel in Greece, a broadcaster which focuses on showbiz and gossip programming. While there has been no official confirmation of these negotiations taking place, reporter Giannis Poulopoulos made the claim, suggesting Eleni had turned down the proposal but was “honoured by the question”, according to our friends at escxtra.

While the suggestion may seem far-fetched, Eleni Foureira has become a popular figure in Spain since finishing as runner-up in Eurovision 2018 with “Fuego”. The track was certified as triple-platinum, reached the top of the Spanish airplay charts and Foureira regularly performs in Spain.

Eleni also performed “Fuego” and her follow-up single “Tómame” at the Eurovisión Gala of Operación Triunfo earlier this year, as Spain selected Miki for Tel Aviv.

However, it would seem that this would be a pipe-dream for the Spanish broadcaster, who will instead look to another artist for Eurovision 2020.

What do #YOU think – should Eleni return to Eurovision, with Spain or otherwise? Share your thoughts with us on our forum HERE or join the discussion below and on social media!