Home 2018 Romania: The Humans are going to Lisbon! 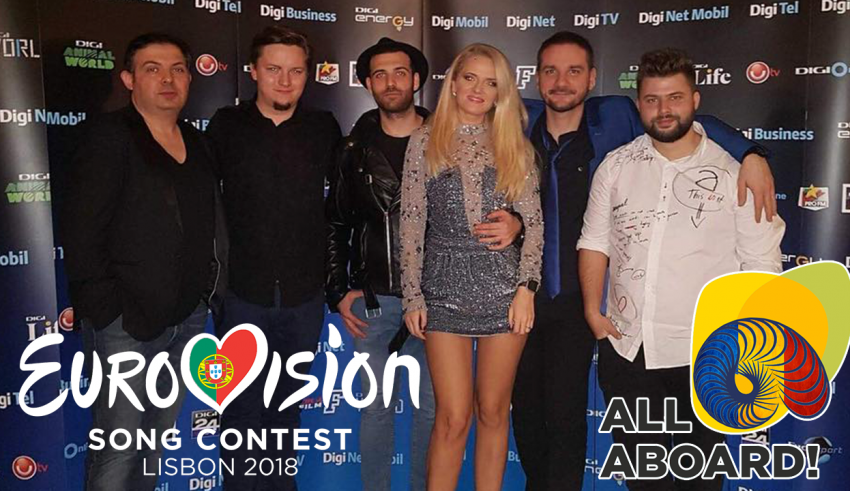 For the very last time – Bună Seara Din România! After a tour around Romania for the past 5 weeks, we have finally reached our final destination of Selecția Națională 2018. Along with the conclusion, we can say, that “Eurovision did Unite Romania“, as that was the slogan of this year’s shows, and of course we also have a winner!

After an intense Romanian version of Melodifestivalen, Selecția Națională has come to an end, and the final destination was Bucharest. Over the past 5 weeks a total of 60 songs competed to impress the juries in order to reach the final, with only 3 songs qualifying from each semi-final.

Romania is celebrating its 100 year anniversary since the Great Union, and that is why we’ve been all around the country this year. With the final taking place in the heart of Romania, and the capital, Bucharest.

The show took place in the Polyvalent Hall, which has hosted various concerts of great singers from around the globe, as well as hosting the Junior Eurovision Song Contest 2006.

Tonight’s host were Diana Dumitrescu & Cezar Ouatu. The jury was also in the arena to watch the big final, but they had nothing to say about tonight’s acta, since the winner was fully decided by televote only.

These were tonights 15 acts, who did their best to impress the viewers around Romania:

After all the acts had their chance to impress on the stage, the time had come and the voting started.

During the interval act, we had the pleasure of enjoying Alex Calancea Band with a rock take on traditional Romanian music and this years Moldovan representative DoReDos, who performed their song “My Lucky Day“.

Once again, tonight it was all in the hands of the televote. NoWhoever got the most votes, was declared the winner.

Starting from the bottom, which is 15th place, and all the way up to 5th place, it was announced where all the acts finished, along with the amount of votes they got.

With 4 acts, still not announced, it was all between the following 4:

At the very end, with a total of 3277 votes from the viewers, The Humans were announced as the winners!

They will now represent Romania in Lisbon, in hopes of keeping Romania’s 100% qualification stream going on.

Do #YOU think Romania picked the right song? As always, we’d like to hear from #YOU!