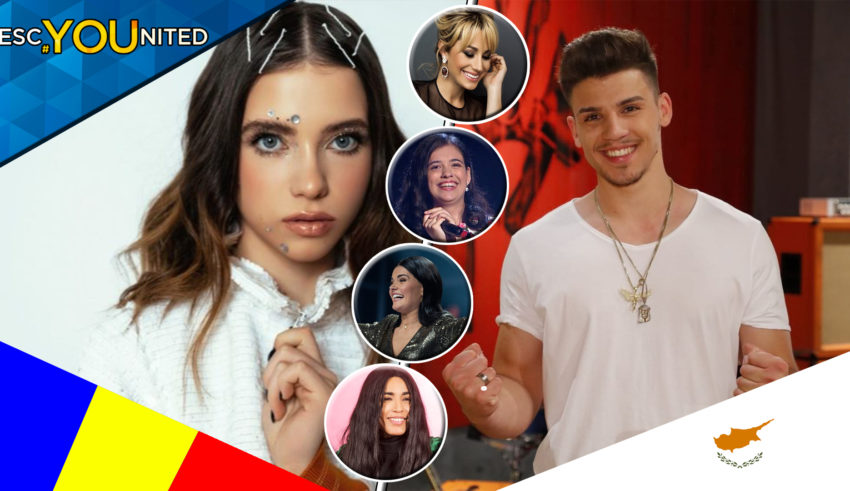 Today, we’ve already been presented to the Greek song “Superg!rl“ which Stefania will sing in Rotterdam. However, in a few hours, another 2 countries will select their entry tonight, or maybe even 3? Serbia will pick their song and artist through a national final, while Romania will pick the song for Roxen to sing in Rotterdam, then there is also Sandro from Cyprus who will perform in Romania tonight, will he sing his Eurovision entry “Running” for the first time?

If you think it’s been a struggle to keep up lately, then don’t worry, cause it seriously has! Song after song after song is being released and favorties among people change all the time now, and then you still gotta keep an eye out for the next song as well.

Romania has for one, gone from being unusual silent to extremely loud and all around. Romanian national broadcaster (TVR) has constantly been giving out all kinds of details leading up until tonight, and the national final tonight in Buzău will be filled with Eurovision extravaganza!

To begin with, the hosts of tonight’s Romanian final will be Elena Gheorghe who represented Romania in 2009 with the song “The Balkan Girls” and Connect-R who represented Moldova in 2006 with the song “Loca” along with Arsenium & Natalia Gordienko. Two hosts with past Eurovision experience, so far so good and it is expected that both will indeed perform.

Then we get to Roxen who will sing her 5 candidate songs in the following order:

At this point, it seems like it’ll be a short show, but the show is scheduled to last almost 3 hours! How do a show focused on 5 songs last that long? You invite multiple guest artists, which include:

Before we mentioned the guest artists, then it should also be mentioned that Conchita Wurst was also considered for the show, but apparently it never got officially confirmed.

The young singer Dora Gaitanovici is going to be the local guest performer, while the rest are specially invited. Loreen is the big guest name, which is Roxen‘s favorite Eurovision winner from the recent years.

Moldova’s and Romania’s close relation means that Natalia Gordienko will be a guest performer as well tonight. In the past few years, Moldova has always been invited to perform their song to the Romanian audience. It is expected that she will sing her song “Prison” which is composed by Dimitris Kontopoulos, Phillip Kirkorov and Sharon Vaughn. However, despite Connect-R being one of the hosts tonight and just even with less than 24 hours ago, that Natalia won in Moldova, then it would be a big surprise if they decide to sing “Loca” together once more.

Then we’ll also have Ulrikke Brandstorp performing her song “Attention” which was written by herself, Christian Ingebrigtsen & Kjetil Mørland (Norway 2015).  Currently, Ulrikke is not really getting the right sort of attention in Norway, after the voting scandal that happened during the Norwegian national final earlier this year, so hopefully she’ll get the right sort of attention from the Romanians tonight.

Then we have the big wonder, Sandro who was born in Germany, but will represent Cyprus this year with the song “Running“, what will he perform? It hasn’t been stated at all yet, whether intends to sing his song for Rotterdam tonight or if he’ll sing something else. Sandro was also one of the very first acts to be confirmed for Rotterdam all the way back in November, but has since been working on his performance and song since then. The deadline for song submission is about a week away, so if not we’ll hear it tonight, then we’ll hear it soon enough.

Are #YOU going to watch Selectia Nationala tonight, which song do #YOU think Romania will pick for tonight, do #YOU think Sandro will present his song and what are #YOU mostly looking forward to?