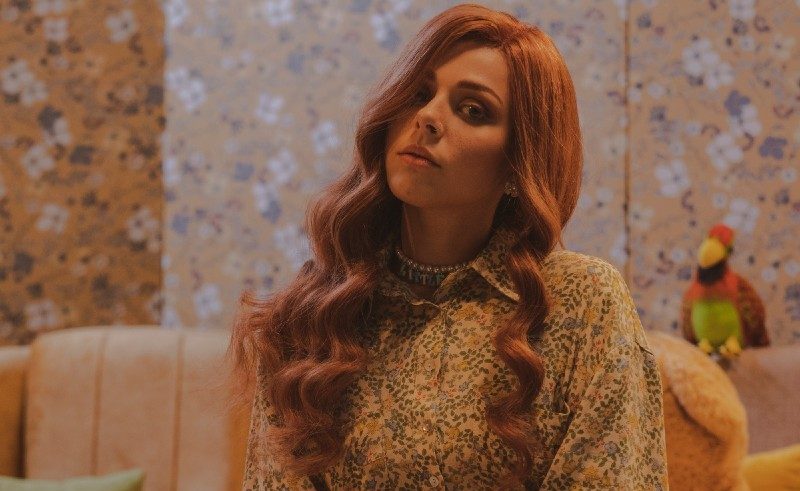 The last semi-finalist we are covering, but by no means least, is Victoria from Bulgaria, whose Eurovision journey started all the way back in November 2019. Follow her #RoadToRotterdam below…

Born on 21st September 1997 in the eastern seaside city of Varna, Victoria Georgieva is a Bulgarian singer-songwriter who has been singing since the age of 11, although it was never initially a plan to consider it as a career choice; “When I was little I loved to sing, but then I still hadn’t thought about whether I wanted to do it. A few years later, a film “Camp Rock” was released, which briefly tells the story of a girl who has a great talent for singing, and in fact then I felt that music attracted me and I want to do it.”

Victoria attended the Harlequin Art Centre and first performed at the school’s talent show in fourth grade. At the age of 14, she was enrolled in the “Angel Voices” vocal studio under the tutelage of Atanaska Lipcheva, while she studied at the Professor Dr Asen Zlatarov Professional School of Tourism in Varna.

Victoria attempted to sign up for the X Factor in Bulgaria unsuccessfully three times, being unable to audition in front of the judges due to her age. In 2015, she was finally able to perform, earning praise from the panel and being voted through to the live shows of the competition. Victoria performed a number of songs during her nine-week stay in the competition, including David Guetta and Sia’s “Titanium”, Adele’s “Set Fire to the Rain” and “Hello” and Beyoncé’s “Halo”, an artist who Victoria has been said to admire greatly and acts as a source of inspiration.

Following the X Factor, Victoria rejected an offer from Virginia Records before signing for Monte Music, releasing a debut single “Nishto Sluchayno”. Two more singles came on the label; “Nezavurshen Roman” in 2016 and “Chas tot Men” in 2017 before Victoria left the agreement due to internal conflicts.

Having travelled to Los Angeles for inspiration, Victoria wrote and recorded “I Wanna Know”, her first song in English. The song was released in June 2019 with an accompanying music video. The song was a success, with the clip earning over 1 million views on YouTube.

How did Victoria get to Rotterdam?

Bulgaria announced their return to the Eurovision Song Contest for 2020, with the iCard digital wallet tech company helping to sponsor the country’s participation in the contest after financial issues kept them out of Eurovision 2019.

The Bulgarian national broadcaster BNT confirmed that an internal selection would be held once more for the Bulgarian entrant, and on 25th November 2019, Victoria was announced as the country’s representative in Rotterdam. The song that Victoria would sing was a closely guarded secret for a long time, with the entry “Tears Getting Sober” finally released on 7th March 2020.

The song, which was written by Victoria in collaboration with Borislav Milanov’s Symphonix team, was an instant hit, racking up the views on the Eurovision YouTube channel and bringing Bulgaria to the top of the betting odds at the time that the Eurovision Song Contest was cancelled on 18th March 2020, ahead of Lithuania’s The Roop and Switzerland’s Gjon’s Tears.

With Victoria having been one of the front-runners for Eurovision 2020, it seemed a foregone conclusion that she would stay as the Bulgarian entrant if they were to remain in the contest. On 21st March, Bulgaria’s broadcaster BNT confirmed that they would participate in 2021 and that Victoria would once again be the representative.

On this occasion, the internal selection took on a slightly different format, with Victoria’s 2021 entry being selected from six candidate songs that would be released over the 2021 national final season; “Ugly Cry” released in November 2020 and the five songs from her EP “A Little Dramatic”; “Dive into Unknown”, “Growing Up is Getting Old”, “Imaginary Friend”, “Phantom Pain” and “The Funeral Song”.

The selection process took suggestions and comments from the Eurovision fandom, but with the final decision lying with the Bulgarian delegation. On 10th March 2021, Victoria and BNT held a special rooftop concert broadcast on BNT1 and live on YouTube, where it was announced that “Growing Up is Getting Old” would be the Bulgarian entry for Eurovision 2021.

The song is co-written by Victoria, Maya Nalani, Helena Larsson and Oliver Björkvall, and the music video was released on March 14th.

How has Victoria been preparing for Eurovision since selection?

After the 2020 contest was cancelled, Victoria continued to record and write music. Her follow up single “alright.” was released in June 2020, a precursor to her “New Beginning” trailer for her Eurovision 2021 participation.

In December 2020, Victoria held a “Christmas Concern on Wheels” through the streets of the Bulgarian capital Sofia.

After Victoria’s 2021 entry was selected, preparations were underway for Eurovision 2021. Victoria filmed her live on-tape performance for the contest in Sofia in late March and the Bulgarian delegation welcomed four other delegations to the country for the same purpose; Cyprus, Greece, Malta and Moldova.

On April 24th, Victoria performed a special Spanish version of “Growing Up is Getting Old” for the Eurovision Spain PreParty ES, as well as a cover of “Lo Vas A Olvidar” by Billie Eilish and Rosalía. A short film about the Bulgarian staging concept for the contest was also released in late April.

In early May, Victoria was a guest on Dimitar Rachkov’s Zabranenoto Show, before jetting off to Rotterdam for the Eurovision Song Contest.

Bulgaria’s Victoria will perform “Growing Up is Getting Old” in the second semi-final of Eurovision 2021 tonight, performing thirteenth on the night.

What do #YOU think of Bulgaria’s entry for 2021? Share your thoughts on this article in the comments below, on our forum HERE and on social media!