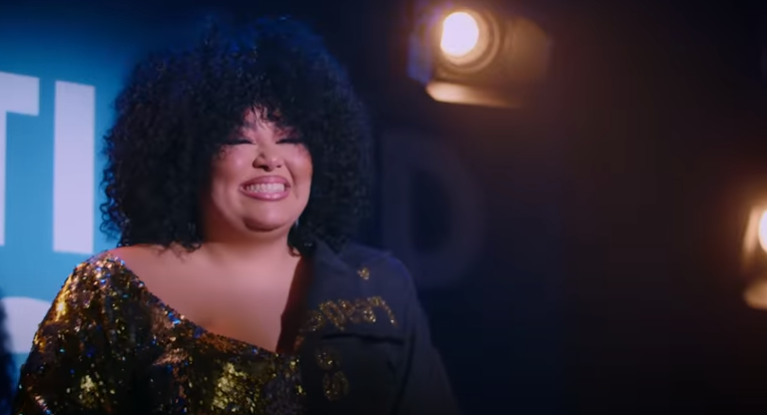 Next up, a lady who needs little introduction to Eurovision fans. Since bursting onto the scene in Junior Eurovision 2015, Destiny’s destiny has always been to make it to the big show, and here she is…

Let’s be honest, there are probably not many Eurovision fans who are unfamiliar with the story of Destiny Chukunyere, but let’s cover it anyway!

Destiny was born in Malta’s second largest town Birkirkara on 29th August 2002, to Nigerian father Ndubisi Chukunyere, a former footballer who played for Hibernians and Valletta of the Maltese Premier League, and a Maltese mother. She also has two younger siblings, Melody and Isaiah.

Destiny was always performing as a child, beginning to sing in 2012 and receiving tutoring at the Our Lady Immaculate School in Ħamrun. She also had a passion for acting at school, and began to perform in concerts and competitions while attending the school, including the “Singer Stage International Festival” where she won prizes for best interpretation and took home the overall prize.

In 2013, she was chosen to represent Malta in the Junior Sanremo festival in Italy where she won the competition. It would not be the last competition Destiny would conquer. Her next competition saw her finish in third place in “Konkors Kanzunetta Indipendenza Junior” with an original track, “Festa T’Ilwien” in September 2014, before winning the Asterisks International Children’s Music Festival in North Macedonia a month later.

Destiny appeared on Britain’s Got Talent in 2017, performing “Think” by soul legend Aretha Franklin at the auditions to the judging panel of Simon Cowell, Amanda Holden, Alesha Dixon and David Walliams. She received four yeses and a standing ovation from the assembled crowd. She eventually finished 6th in the second semi-final of the competition and was eliminated.

Destiny has stated on multiple occasions that she is inspired by Beyoncé and Aretha Franklin principally, and that her main goal is to make people happy through her performances; “my motto is never give up in life and always follow your dream no matter the circumstances”.

How did Destiny get to Rotterdam?

Like many people in Malta, Eurovision is of strong importance, and it was always a dream of Destiny’s to make it to the contest and represent her country.

Destiny entered the Maltese national selection for the Junior Eurovision Song Contest 2015 at the age of 13, where each contest was asked to perform a song of their own choosing. Destiny emerged as the winner from the twenty-strong field after performing “Think” by Aretha Franklin, the song she would use at Britain’s Got Talent two years later.

She flew to Sofia to represent the country at the contest, performing “Not My Soul”. At the close of voting, Destiny and Malta received 185 points from the other sixteen participating countries, placing her as the winner of the competition ahead of Armenia’s Mika in second place and breaking the points record of Junior Eurovision in the process.

Destiny’s victory was warmly received back home, with the victory signifying Malta’s first ever victory in a Eurovision competition. She received a hero’s welcome on her return home, and in December 2015, Destiny and her team were awarded the “Midalja għall-Qadi tar-Repubblika” (Medal for Service to the Republic), one of the highest orders of the Maltese Republic.

Her Eurovision story did not end here, with many Eurovision fans clamouring for Destiny to one day represent her country at the adult contest once she became old enough to participate. In 2019, Destiny was selected as one of the backing singers for that year’s Maltese entry, joining Michela Pace in Tel Aviv to perform “Chameleon”. The song qualified for and opened the Eurovision final, eventually finishing 14th.

In 2019, Destiny auditioned for X Factor Malta, a competition which was used at the time to select the Maltese entrant in the Eurovision Song Contest, and was announced as one of the artists who had made it to the live shows. Destiny eventually won the competition, having been voted safe in every week of the contest, and thus was chosen to represent Malta at Eurovision 2020.

Her entry was internally selected, with “All of My Love” being one of the last songs revealed in the Eurovision 2020 line-up on 9th March. Sadly, just over a week later, the contest was cancelled due to the spread of the COVID-19 pandemic.

Malta’s national broadcaster TRM wasted little time in confirming Destiny as the 2021 representative, with the decision announced on 18th May 2020. Her second entry, the jazzy, electro-swing inspired pop number “Je me casse” was the last entry revealed for Eurovision 2021 on 15th March 2021.

How has Destiny been preparing for Eurovision since selection?

Shortly after the announcement of her entry, Malta stormed to the top of the betting odds and was installed as the favourite to win Eurovision 2021.

April began with Destiny featuring in a number of interviews with various Eurovision portals, and on April 9th it was announced that a deal had been signed with Sony Music for the distribution of the Eurovision entry “Je me casse”. Two days later, Destiny took over the Eurovision Instagram page to celebrate Malta’s day of focus and to answer questions from fans live.

On April 16th, a version of Destiny’s “Je me casse”, filmed with the Malta Philharmonic Orchestra, was released and broadcaster on the official Eurovision YouTube channel. The video featured sweeping shots of Malta at sunset, and on the performance Destiny said “I chose to create this version as the orchestra symbolises strength in unity. It also symbolises how each and everyone can achieve great things whilst remaining unique. Don’t change, be yourself, surround yourself with great people and you will achieve greatness.”

The next version of “Je me casse” was filmed for the Eurovision Spain PreParty, with Destiny performing the song atop the Red Tower in Mellieha, accompanied by an acoustic guitarist. Just before jetting to Rotterdam, there was time for one final performance from Destiny, performing “All By Myself” at the Manoel Theatre in Malta. She dedicated the performance to her grandpa and all of the frontline workers during the pandemic.

Malta’s Destiny will perform “Je me casse” in the first semi-final of Eurovision 2021 on May 18th, closing the show as the sixteenth song of the night.

What do #YOU think of Malta’s entry for 2021? Share your thoughts on this article in the comments below, on our forum HERE and on social media!