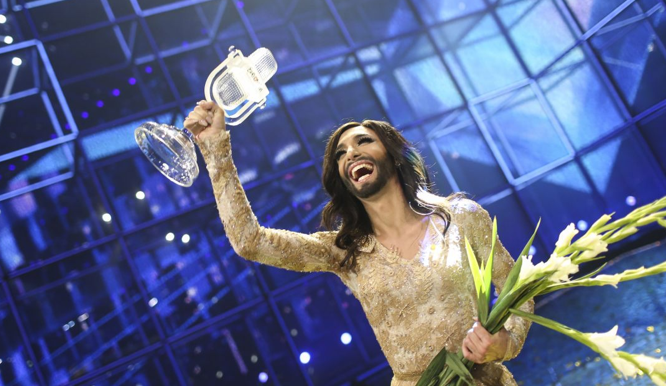 Years ago, I worked in HIV prevention in Columbus, Ohio in the United States.  As I worked with the LGBTQ+ community, I was humbled by the many individuals who were able to move past their HIV-positive diagnoses. They saw their diagnoses not as a death sentence, but rather as an opportunity to reinvent themselves as a stronger version of themselves, and to help others.  These brave decisions enabled them to live healthier and happier lives.

As Conchita Wurst took a brave step forward to disclose her own journey as an HIV-positive individual, we saw her take the very steps she sang about when she won the 2014 Eurovision Song Contest in Copenhagen. Conchita rose like a phoenix, ignoring the hate stemming from her ex who had intended to blackmail her (and need not be mentioned any further – simply put, he does not deserve any of our time and effort).

Disclosure of one’s HIV-status is difficult.  Although it is perceived to be a death sentence – despite many live long and happy lives with it – there is still a huge stigma associated with it, even within the LGBTQ+ community.  Individuals are immediately judged, despised, rejected as friends and potential significant others. Go on any dating app and you will likely see the term “disease free” pop up numerous times.  There are even laws in many countries that punish HIV-positive individuals who fail to disclose their serostatus to their sexual partners.  Although these laws intend to protect individuals, they may have created a culture of fear and punishment that exacerbates the negative connotations of being HIV-positive and even can incite further non-disclosure.

Whether intentional or unintentional, Conchita’s win served as a second-coming of LGBTQ+ activism and acceptance within the Eurovision community, following in the footsteps of previous acts such as Dana International.  Although Conchita spoke to everyone, for those of us within the LGBTQ+ community her words meant so much more.  For me personally, having watched the Grand Final with my parents, Conchita was their first mainstream exposure to a gender-fluid individual.  Moreover, Conchita’s win became a platform for my dad and I to talk about LGBTQ+ issues (and in full disclosure, he became quite the fan, emailing me to let me know any time she released a new single).  It was the first time we were able to talk about these issues without either of us feeling much discomfort.  For that, I am forever appreciative of Conchita Wurst at Eurovision.

Fast forward to 2018 and Conchita has provided another opportunity for many to start these conversations, but now related to HIV/AIDS.  HIV/AIDS affects the LGBTQ+ community, communities of colour, and their cross-sections disproportionately.  We need individuals that are brave enough to share their stories so that others need not live in fear.  Once again, Conchita rises like a phoenix above the flames, ready to overcome her fears and in the process, help others as they confront their own.