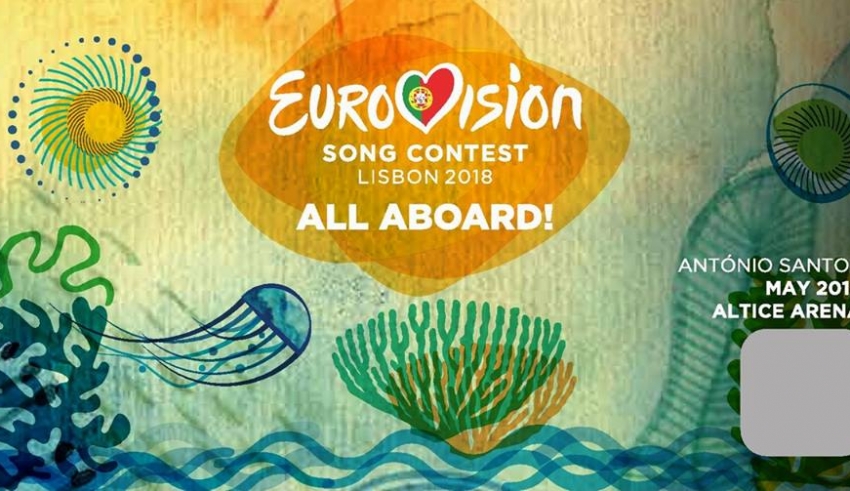 Well the epic marathon of “Expert” Panel reviews has finally come to a close… OR SO YOU THOUGHT!! Never one to let an opportunity to play with numbers pass by, I thought it would be interesting to have a little look over how we, the jury, performed and to see if there are any interesting things to note within the results. Yes, Israel may have won the overall trophy, but there are plenty of surprises in how we, the jurors, ranked the songs. I’m going to look at the individual jurors and let #YOU find out more about us! Who was the most generous juror? Who was the harshest? I’ll also have a quick look at how well we, the jury, agreed with #YOU, the televoters. Finally, I’ll look at how well we matched up with each other – as well as finding out just who really has their finger on the pulse of you, our televoters!

So our firstly to our jurors! Each of our ten jurors ranked every song from 0 to 10, with no collaboration when rating – basically similar to Eurovision itself. Of course, with our range of jurors, we got quite the range of opinions and approaches. Sometimes our personalities shone through as well, so why not have a quick look at who was the most generous and who was, err, less forgiving!

So we can see that Christian was easily our most generous juror, giving songs almost 8/10 on average. In fact, he gave no songs a score below 3, so I think he is rather enjoying this year’s spread of entries! At the other end of the scale, we have David who averages under 5/10 for each song, so treasure that 10/10 Italy – it was the only 10 he gave out this year! Perhaps this year is not quite David’s thing alas, but at least he still has some favourites. Overall, the average score given by a juror was 6.13, which was a little higher than the televote average of 5.90. Only a small difference, but it seems that we, the jury, rank entries just a little bit more highly than the average Eurovision fan!

Next it’s time to look at how the jury ranking compared to the televote. There are some surprisingly large gaps here too! Greece got 28 more points from the televote than from the jury (58 vs 86) and France got 27 more (63 vs 90). I wonder what it is that we are missing about them! In the other direction, I’m afraid to say that y’all criminally underrated Malta (64 vs 43) and Montenegro (66 vs 47). On average, we differed by about 10 points, but we did manage to agree on Sweden (59 points from each) and Lithuania (51 points from each). Below is a table showing the results split up by jury and by televote, as well as a reminder of the overall results, to show the differences!

This reveals some quite incredible disparities between the jury and televote scores! Israel, our overall winner, was only 5th with the juries and 3rd with the televote. Imagine if that happened in Eurovision itself! It just shows how easily you can end up with a compromise winner even with a 50:50 split.

Of course, these are merely the total scores, so they don’t quite give a clear picture of just how close our jurors’ tastes were. In order to look at this, I have simply taken the difference between the individual ranking for each juror for each song to come up with an average difference between two people across all 43 songs. I have also done this for each juror and the televote (with the televote score divided by ten to reflect the juror’s score being also out of ten). This allows us to see where people agreed the most and, of course, disagreed the most!

So… What does this tell us? Well, the table below shows the best (and worst!) match for each juror among the other jurors, as well as the televote.

The names highlighted in green show the best match overall and those in red show the worst match overall. Let’s have a quick look at the worst match: David and Christian. Perhaps this is less of a surprise when you think that David has the lowest average score and Christian the highest! On average, they differed by 3.93/10 with their scores. Despite this, they still both agreed a fair amount, with David’s sole 10 also getting 9 from Christian. Just maybe avoid playing Iceland to them both as they differed by 9 points on their ranking there! I should also note that my name comes up four times in the ‘worst match’ column – it seems that I struggle to agree with my fellow jurors on the merits of the entries overall. I also have the worst match with #YOU the televoters (we differed by 2.93/10 on average!), so perhaps that explains the occasional, err, questions I’ve received on the forum about my rankings!! On a more positive note, Zack and Connor had the best match of our jurors, with an average difference of only 1.86. Zack was the best match for half our jurors, as well as the televote, so clearly he is a chap with his finger on the pulse of Eurovision fans! Calvin wasn’t anyone’s best or worst match, so he was our middleman! Not too far away from people, but never too close either – perhaps the perfect mix of individuality and group thinking! One thing that is definitely worth noting is Zack’s incredible closeness to the televote score – this was actually the closest match of any pairing (1.55/10), so Zack is actually more in tune with the general fandom than any of the jurors are with each other!

So that concludes our coverage of the “Expert” Panel this year! We’ve seen some serious surprises, but it’s undeniable that the ESC United favourite, as chosen by both our readers and our jurors, is Israel with “Toy”! Will this prove to be the endorsement Netta needs to get the win, or will the fact she is such a compromise winner mean that another country can push past and claim the title? We have only another nine days to wait until we find out! In the meantime, many thanks to everyone who has commented on the posts and shared their thoughts on the songs, as well as everyone who voted in our televote. Y’all are the best!

Did the “Expert” panel live up to their title? What do #YOU think? Share your thoughts with us below or on our forum!