Home 2022 Place Your Bets: Can Stats Predict the Winner of Eurovision 2022? 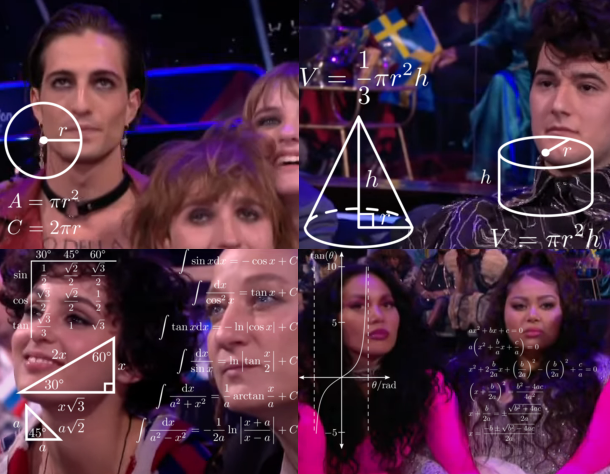 Every year, the discussion of odds rears its ugly head. But how are these odds determined? What if we could predict the favorites to win in 2022, using the last decade or so as our guide? Can math predict momentum? Let’s find out.

Note: This article’s central argument is that numbers can trace a country’s momentum at Eurovision from year-to-year, so the cancellation of Eurovision 2020 leaves a hole in the data. But since this is all in good fun and should not be taken TOO seriously, let’s soldier on.

Since Germany’s victory in 2010, the average placement of a winning country the contest before its win is 15th. (Excluded from this data are Ukraine and Portugal, two countries that did not participate in the contest immediately prior to their wins.) Sweden and Italy, two countries that almost always place well, and Austria, the only country this decade that did not qualify for the final in the contest immediately prior to its win, skew that number. If we remove those three countries from the data, a Eurovision champion’s average placement the previous contest falls to 18th, with only Azerbaijan finishing in the top ten. If we also exclude Azerbaijan as an outlier from the data, the average placement is 21st. With 18th at the center of this range and 15th and 21st as the outer limits of it, this gives us a list of seven Eurovision 2021 competitors from which to draw next year’s champion. They are:

Now let’s break it down.

Note: In addition to a winning country since 2010 placing between 15th and 21st, on average, in the contest before its victory, the average of all those winning countries’ placements in the five years leading up to their wins is 16th. All averages have been rounded to the nearest whole number, when necessary.

Serbia has averaged 20th place over the last five contests. Its 15th place finish in Rotterdam puts it in the potential winner range, but no country this decade has won after placing in the middle of the pack at the previous contest. They have either not participated or placed on a definitive side of the scoreboard, from 2nd to 5th place or 18th place and below. Verdict: OUT

Cyprus’ average placement at the last five contests is 15th.  Ironically, Cyprus’ flawless qualification record at the last five contests makes its potential victory less likely. Of the nine non-Big 5 winners since 2010, five of them failed to qualify for the final at least once in their five previous appearances. Its mid table finish of 16th in Rotterdam would also be unusually high for a potential next victor. Verdict: OUT

Israel’s average placement over the last five contests is 16th, right in line with the overall average for winners. However, winning the contest twice this decade is unlikely. Only Sweden has managed to do it. It is also rare for a country to win after receiving zero points from either the jury or the televote in its past five contest appearances. Israel received zero points from the juries in 2019. Verdict: OUT

Over the last five contests, Norway’s average placement is also 16th. Norway’s 1st place finish in a 2018 semi-final is a point against it. Besides Sweden, only one winning country in the past decade (The Netherlands in 2014) has won a semi-final in the five contests prior to its victory. In Norway’s favor is its 13th place non-qualification in 2016. Of the nine non-Big 5 winners since 2010, four of them placed 13th or 14th in at least one semi-final in the five year span preceding their win. The median placement since 2010 for a Eurovision champion at its previous contest is 18th, excluding Portugal and Ukraine’s absences from the equation.  Norway finished 18th in 2021. Lastly, the average number of previous victories for a winner since 2010 is two to three, depending on if first time winners are included in the calculation. Norway has won the contest three times. Verdict: IN

Belgium’s average placement over the last five contests is 19th, also its finishing place in Rotterdam. It would be the fourth time since 2010 that a country won the contest for a second time. Like Norway, it too placed 13th in a semi-final at least once in its past five contest appearances. Verdict: IN

Azerbaijan would also be the fourth country since 2010 to win for a second time. Its one qualification failure in the last five contests came from an 11th place finish in 2018, higher than the 13th place finishes for Belgium and Norway. However, Azerbaijan has averaged 18th place over the last five contests, the median previous placement for a Eurovision champion since 2010, Portugal and Ukraine excluded. Verdict: IN

Albania’s average 24th place finish over the last five contests is lower than normal for a potential winner since 2010. In that time, it has only managed to qualify out of semi-finals in 10th, 9th, and 8th place. Every non-Big 5 winner in that time span, except Portugal, had at least managed to qualify out of a semi-final in 7th place. Verdict: OUT

Taking a closer look at recent history, there are two additional countries that should be thrown into contention (Sweden and France) and two potential wildcards (Armenia and Turkey).

Despite its disappointing showing at Eurovision 2021, Sweden’s average placement over the last five contests is still an impressive 7th.  In contrast, Sweden’s average placement over the five contests before its victory in 2015 was 9th. However, it is unlikely for a country to win three times over the span of a decade.  That hasn’t happened since Ireland in the ‘90s. Verdict: OUT

Since 2010, it’s unlikely for a country to win after placing 2nd the contest before. The only time it has happened was Italy in 2021. The average placement for a 2nd place finisher its next time up at bat is 13th or 14th place. However, France shares Big 5 status with Italy and has the resources to capitalize on its Rotterdam success. The two countries’ recent average placements are similar. Prior to this year, Italy’s average placement over its last five contest appearances was 6th. France’s average, 2021 include, is 10th. Verdict: IN

Eurovision has twice been won since 2010 by a country that sat out the previous contest. Ukraine won in 2016 after missing in 2015, and Portugal won in 2017 after missing in 2016. If Turkey or Armenia returns to the contest, history would place them among the front-runners. Armenia will have only taken a year off, comparable to Ukraine and Portugal’s brief absences. Turkey will have taken a nine year break, comparable to Italy’s return after a thirteen year absence and ultimate 2nd place finish in 2011. Armenia is, therefore, statistically a more likely winner, were it to return. Verdict: IN/OUT

Based on these not-at-all-scientific calculations, the four countries (and bonus wildcard) most likely to win Eurovision 2022 are:

With its median 18th place finish in 2021 and its three previous wins lining up with the recent average for a champion, Norway would seem to be the statistical front-runner.  This isn’t a recommendation that you literally place your bets on Norway. But if you do bet and win big in 2022, you’re welcome.

Who do #YOU think will win Eurovision in 2022, and why? Sound off in the comments below, in our forum, or on social media @ESCUnited.