Home 2017 Opinion: Russia played a risky game and lost – so why the outcry? 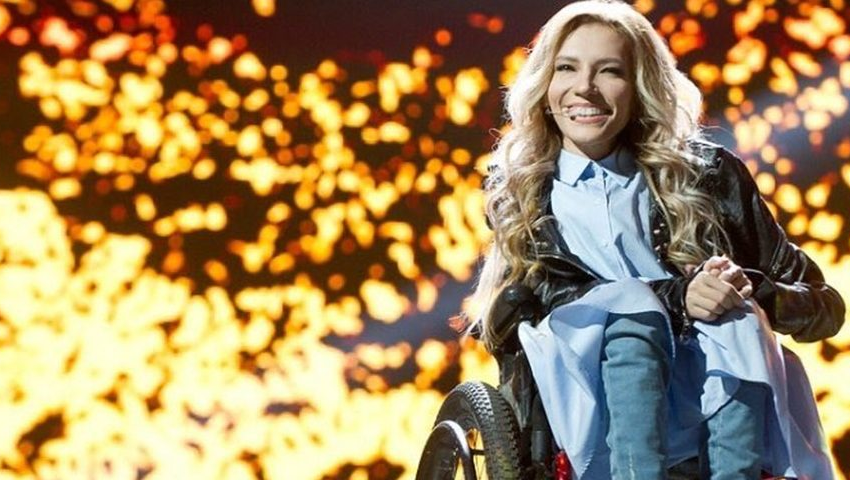 The below editorial is based solely on the opinion of the author and does not represent the views of escYOUnited as a whole, its editors or the EBU.

For the past month it can be said that it has been uneasy viewing being a fan of the contest, with the music and upcoming festivities taking a back seat to political drama, something we as Eurovision fans had hoped was finally and firmly in the past. Unfortunately, the political tensions between our host country Ukraine and its neighbour Russia – the reasons for which are too numerous and lengthy to mention here – have been a major talking point in the lead up to Kiev, even since Ukraine’s victory nearly a year ago.

And while none of us want politics to become ingrained into the contest once more, one thing that has surprised and  bemused me in recent weeks has been exactly how the international fan community responded to Yulia Samoylova’s ban and the subsequent fall-out from the event. Has it not been obvious that Russia have played this situation to their own advantage perfectly?

To me, it seems clear that the selection of Yulia Samoylova at the 11th hour back in March was a calculated and smart move from Channel One, the Russian broadcaster responsible for this year’s Eurovision participation. By sending an artist Russia knew had already taken part in a musical visit to the disputed Crimean region, and knowing that this would result in a travel ban based on Ukraine’s sovereign law, the entire situation began with Russia acutely aware of what it was doing. The added factor of Yulia being a wheelchair user and this year’s contest slogan of “Celebrate Diversity” meant that Russia had left both Ukraine and the EBU in between a rock and a hard place.

Naturally, a few days later the situation had begun to escalate out of control; the Ukrainian security ministry had issued the expected travel ban to Samoylova, the EBU and Channel One both reacted strongly, and so began a war of words and ideologies. The EBU’s suggestion of a satellite link to allow Yulia to perform live from Moscow was quickly batted away by both Ukraine and Russia, and rightly so – the performance would not have been in keeping of the contest’s themes and would likely have been a highly impractical solution, not to mention unfair on Samoylova. The EBU had been left in a difficult situation through no fault of their own, and was ultimately powerless to provide a suitable answer for both parties.

Now here’s the kicker for me. The fan community along this whole saga has baffled me with their inability to take the situation on face value – a participant in this year’s contest had broken the law of the host country which resulted in the punishment of a travel ban. While the EBU had tried everything in their power to circumnavigate this, the Ukrainian government’s laws have stood and rightly so. Eurovision is a powerful thing, but it shouldn’t have the power to be above the host country’s law.

Eurovision fans have reacted angrily, strongly and in large numbers. Almost all of the comments I have seen on social media, however, have condemned Ukraine for what can only be seen as ‘ruining the spirit of the contest’ despite this contest being a TV entertainment show and in no way able to be above the law of the land. So why has Ukraine been treated harshly, while Russia seemingly escapes criticism?

Since the middle of March and Yulia’s announcement, Russia had no intent of being a full-bodied and willing contestant in this year’s contest. The delegation had not attempted to make any travel arrangements to Kiev, had not attended the relevant EBU meetings and were unwilling to involve themselves in the camaraderie and build-up that the delegation normally throw themselves at in full voice. All of this, in my mind, leads to one conclusion – Russia had decided to use this year’s contest to make a statement, and play a game with the EBU and Ukraine. They have withdrawn, and they have lost the battle – but I would suggest this is exactly what Russia wanted to achieve from Kiev’s contest.

I’m not sure why the reaction has gone the way it has – for this writer, Ukraine has stuck to their guns and held firm to their values. A country should be respected when it’s laws have been violated and it sticks to its beliefs – so why has the Eurovision fan base been quick to criticise?

Either way, it looks like we will get Russia and Samoylova back in next year’s contest – and it’d be hard to bet against the contest going to Moscow or St. Petersburg in 2019.

What do #YOU think – were Russia the victims, or has Ukraine been treated unfairly? Share your thoughts with us on social media and the forum!