Home 2019 Norway: Our reviews of the Melodi Grand Prix entries 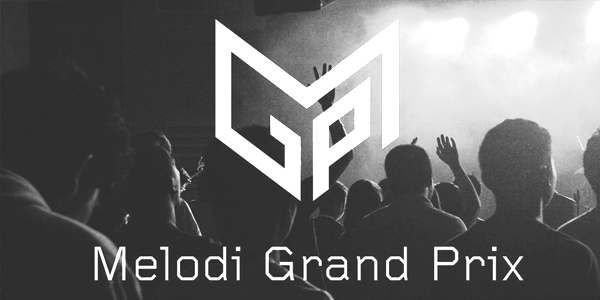 As Norway’s final approaches this evening, we thought it was high time we sat down and reviewed the ten entries. Which of the songs did we feel should come out on top this evening?

Sean – 8 – “Norway has begun to carve a name for itself in the EDM scene to rival their Swedish counterparts, and right off the bat we have a dance track to reflect this. It’s not an original piece, sure, but there’s nothing wrong with a simple song you can enjoy and dance to. I don’t know whether Chris has the energy to carry this live, but this wouldn’t sound out of place in the rotation of a top 40 radio station!”

James – 7 – “Someone was clearly influenced by Daft Punk’s Random Access Memories in its blend of ‘70s funk and EDM. D’Sound has been around for some time now, though here they strut their stuff with new singer Mirjam Omdal. The video has some fun staging possibilities, though I’d watch San Marino’s 2018 entry to see how robots can go wrong. This is a fun party song, as long as they don’t push the robot gimmicks too far and stick to the funk”

Sean – 10 – “This is possibly my favourite song from any of the national selections this year, which is a big statement. I love love love the French house/summer pop sound when I listen to music and D’Sound are bringing it in spades. The Daft Punk-esque vocoder interludes complement a fast-paced thrill-ride of synths, airy guitars and a typically melodic pop vocal from Mirjam Omdal. This is groovy, catchy, has MAJOR replay value and really lends itself to a spectacular live performance with the right mood lighting. Please Norway, I’m begging you to send this and make my Eurovision!”

James – 8 – “Mørland returns from Eurovision 2015, but he’s a terrified man, apparently. There’s an English version called “Music Will Save You,” but he works it better in Norwegian. This has an interesting progression, with strings slowly being added to as the song progresses but with the ascendancy of Morland’s vocals leading the way. However, the electronic beat of the outro makes it sound like the song is going to continue but it ends abruptly. It sounds like there was an idea to be inserted at that point but they ran out of time and just cut it off instead of condensing some earlier parts.”

Sean – 8 – “Mørland is back and once again he’s bringing a quality entry to Melodi Grand Prix, after his excellent turn in 2015. It doesn’t quite have the sinister feel or atmosphere to “A Monster Like Me”, but this is still a brooding, emotive string ballad, and Kjetil’s mastery is in knowing when to lay on the drama and when to withdraw everything into silence to expert effect.”

James – 9 – “I was in the minority who loved Tracy De Sa’s “Por Aqui” in France’s selection. I make no secret of loving hip hop like this that turns up the bass and throws subtlety out of the window, and Kumoji’s “Holla” brings similar verve and booty shaking to the party, this time by way of Ghana versus De Sa’s Goa. “I want you every day, I want you every way” leaves you with no doubt as to what this song is about. In a year where the competition is sending a lot of non-party music, “Holla” could stand out in a good way.”

Sean – 3 – “I gave this a chance for three minutes just in case it got better, but nope. To me this just seems like the same noises being repeated ad nauseum without offering anything of interest or value. Don’t get me wrong, some people may love this as a purely fun offering, but I can’t get on board with this.”

Erlend Bratland – Sing For You

James – 7 – “Norway’s Adam Lambert is great, as usual, though the big question from listening to his song is if they’re going to redo the instrumentation as the mix sounds rough, with the acoustic guitar, electric guitar and piano kind of compressed and barely distinguishable from each other. It has an ‘80s pop ballad a la Bonnie Tyler or Cher vibe to it, but in a year of quiet (Carousel) or brooding yet optimistic (Jonida Maliqi), something bombastic like this could shine. But the backing track will need a big overhaul first.”

Sean – 1 – “Yawn. This sounds like it was left on the cutting room floor from one of the BBC’s totally-not-going-to-be-affected-by-Brexit Danish songwriting camps. Nothing about this remotely indicates it is 2019, and it’s a shame Erlend has gone from the admittedly decent “Thunderstruck” to this.”

James – 9 – “Alexander Rybak was in love with a fairytale back in 2009 when he won Eurovision, and here she is with her own song ten years later. For real, Google it, Rybak’s “Fairytale,” and a classical composer and violinist in her own right, is gunning for Eurovision herself. “Feel” is soft, contemplative electronic pop songs with orchestral flourishes (in this case, and in many cases in this selection, a violin) similar to Susanne Sundfor. If you like the “artsier” EDM like Sundfor or Royksopp, you should get a kick out of this.”

Sean – 6 – “I feel let down by the choruses of this one, as the first verse had me excited for a moody, unique pop song, and instead we get some “Röyksopp on a really bad day” electro-synths with a dreary vocal over the top. The violin adds something extra, I guess, but it feels a little tacked on as an afterthought rather than being integral to this piece.”

James – 7 – “Former Turbonegro vocalist Hank Von Hell takes a stab at Eurovision with a run-of-the-mill punk anthem (of sorts). Granted, it would be unrealistic to expect something like “Sell Yourself to the Night” and other over-the-top death-punk shenanigans of Von Hell’s former band, but we want something better than a slightly souped up Ramones off cut with well-worn tropes for lyrics. Von Hell’s fans are fanatical, but the Turbojugend won’t be numerous enough to carry this to Tel Aviv. However, it’s at least fun enough to get the fists pumping, and Eurovision could use some of the dirty fun he’s provided over the years, even in this diluted format.”

Sean – 5 – “From the top comment of the YouTube video I watched, I have to hand it over to “the Mothball”, who said this sounds like an intro song to a mediocre anime. I couldn’t actually say it better myself. Thanks for making my job easier on this one… Okay, well I was excited to hear this one but I’m surprised that this doesn’t have a heavier sound and instead is more glam rock than anything else. Perhaps I need to see the performance and watch this one come alive on stage before I can properly pass judgement, but for now I’m underwhelmed.”

Carina Dahl – Hold Me Down

Sean – 7 – “This is a slickly produced electropop track from the penmanship of Sennek and a raft of others and is a solid return for Carina Dahl. With the right performance this could be another one to surprise live, but it’s perhaps a little too ordinary to really stand out in this selection? Nonetheless I enjoy these three minutes and wouldn’t be shocked to hear something like this on the radio.”

James – 3 – “Full Disclosure: I loathe this whiny indie-pop crap with “ooooohhhs” all over the place sang by fake-sensitive pretty boys like Shawn Mendes and Ed Sheeran who mumble stuff that sounds sweet at first but is really blaming the girl for his being a delicata who can’t face life like a man. And I make no exception for “The Bubble,” which is cookie cutter for this type of song. And it’s a break up song! Why? Why would I want to listen to some wimp prattle on about a failed relationship? At Eurovision, no less. I am going against the grain here as a lot of people are living inside a musical bubble and loving this, but no, I cannot and will not accept this passive aggressive mewling bilge! Not at Eurovision. Norway, deep six this!”

Sean – 5 – “Immediately the intro makes me think of  “You Let Me Walk Alone”, but of course this swiftly changes into a middle of the road soothing country track. I’m surprised to see that Aleksander Walmann and Mørland himself helped to write this track, which shows in the professionalism of this entry. I hate to be cynical, but I think Mørland was saving the best material for himself this year. It’s nice, and I’m sure Adrian is suitably charming for this diet Of Monsters and Men song, but it’s unremarkable above all else.”

KEiiNO – Spirit in the Sky

James – 10 – “We got joiking! In an up-tempo club banger! As with most great compositions, “Spirit in the Sky” teeters on the verge of lunacy and nearly falls apart, but all the disparate elements hold together and despite some frankly barmy lyrics it all works. We’ve got two Norwegian singers (Alexandra Rota and Tom Hugo) joined by Sami joik singer Fred Buljo who only formed KEiiNO in August 2018 on top of a club banger with some traditional instrumentation. The slow contemplative start of each verse where Hugo asks you to stay with him into the night then transitions into electropop sang by Rotan singing about lights and freedom and caps off with joiking is fantastic. Buljo’s solo joiking at the bridge is phenomenal and the key change is handled masterfully. I see in YouTube comments some Norwegians are concerned about this being liked outside of Norway. I rarely see songs as primed for Eurovision victory as this one, so they should not be concerned sending this wonderfully fun and uniquely Norwegian song to Tel Aviv. 10”

Sean – 9 – “I have to make a confession and say I really didn’t get the love for this one at first, I thought it was way too generic and lowest common denominator. Well… it turns out I fit into that denominator, as this has grown on me a lot. The noisy schlager beat, the Sámi hollers, the to-ing and fro-ing between the male and female lead… yep, this is a proper cliché Eurovision track. But hell, I’m loving every second of it. If I can’t have D’Sound (and it looks likely it’ll be this instead), let’s still have some fun in Tel Aviv!”

What does this mean in terms of a ranking? Let’s take a look…

So with a near perfect score, it seems clear – we think KEiiNO’s “Spirit in the Sky” should be chosen to represent Norway this evening, closely followed by D’Sound’s “Mr. Unicorn”. But do #YOU agree?

Who do #YOU want to represent Norway in 2019? Share your thoughts with us on our forum HERE or join the discussion below and on social media!