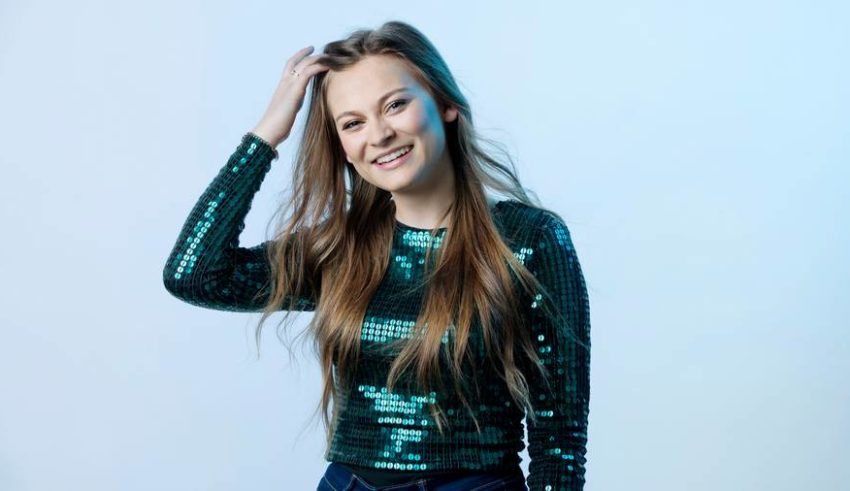 Emmy beat out Big Daddy Karsten in the Gold Duel of tonight’s Norwegian Melodi Grand Prix to advance to the Grand Final on February 20, 2021.

On the way to the Gold Duel, Emmy beat Ole Hartz, while Big Daddy Karsten emerged victorious against Dinaye. Hartz, Karsten, and Dinaye will have an opportunity to return in the Second Chance round.

Big Daddy Karsten’s “Smile” prevailed over Dinaye’s “Own Yourself” in the first duel, with his not-so-subtle entreaty to make his partner smile and maybe pick up an extra fella or two beating out Dinaye’s Michael Jackson inspired dance number.

Norway’s only gay rapper Big Daddy Karsten brings “Smile,” a positive song aiming to bring bears and non-monogamy to Eurovision. The 32-year-old from Arendal, unlike some of his MGP competitors, slowly but surely built up a sizeable fanbase in Norway, headlining many Pride events while also managing to achieve acclaim in rap circles. In 2016, his debut album with fellow rapper Ego on “Folkefeinder” brought him mainstream notice, and he comes to MGP with his first English language composition, “Smile.” Karsten co-wrote “Smile” with his production team of Are Næsset and Pål Gauslaa Sivertzen.

Dinaye, born Dina Matheussen in Asker, Norway, is a 17-year-old Norwegian whose mother is Ethiopian, to whom she pays a nod in “Own Yourself” with select lyrics in Amharic. She first attracted attention as a 12-year-old on Norway’s Got Talent, in 2016 on MGP Jr., and she also appeared on Norwegian Idol last year.

Dinaye’s live performance of “Own Yourself” is choreographed by Sofie Løken, who has danced for YLVIS, Dancing with the Stars Norway, Cardi B and Da Baby. Christian Ingebrigtsen and David Thulin co-wrote “Own Yourself” with Dinaye. Ingebrigtsen needs no introduction: a member of A1, the English-Norwegian pop group who charted in Europe in the late 1990s and early 2000s, he also co-wrote last year’s MGP winning “Attention,” by Ulrikke. Thulin is a pianist and composer who is based in Nashville and has had numerous hits on Christian and Adult Contemporary charts in the United States, writing songs for the likes of Joel Vaughn and Molly Kate Kestner.

20-year-old Emmy is another former MGP Junior competitor, and since 2015 she has released several singles, including a chart-topper in “Bjornar.” Despite her youth, Emmy has written over 100 songs, and “Witch Woods,” a darkly comic track about women falsely accused of being witches taking their revenge, was co-written with Olli Äkräs, Elsa Søllesvik, and Morten Franck.

Kaja Rode’s power ballad “Feel Again” was this evening’s live debut of a pre-qualified act, having debuted the recorded version yesterday. The 22-year-old from Ulsteinvik is one of the many young challengers at MGP 2021 who has tried their luck on a televised singing contest before, being a finalist in the 2017 season of The Voice Norway.

Martinsen did writing and arrangement on Nick Jonas’s 2016 album “Last Year was Complicated,” Omdal is a singer-songwriter who competed against Rode on The Voice Norway 2017, while Gjone and Dahlen are two young singer-songwriters with education and experience in composition and production in Norway.

Next week, February 6, 2021 at 10:50 CET on NRK, another four artists will battle in Semi-Final 4 and will feature a live performance of another one of the six pre-qualified acts. All acts eliminated thus far will have the chance to participate in a Second Chance weekend, where televote favorites will be pitted against each other for a spot in the MGP Grand Final.