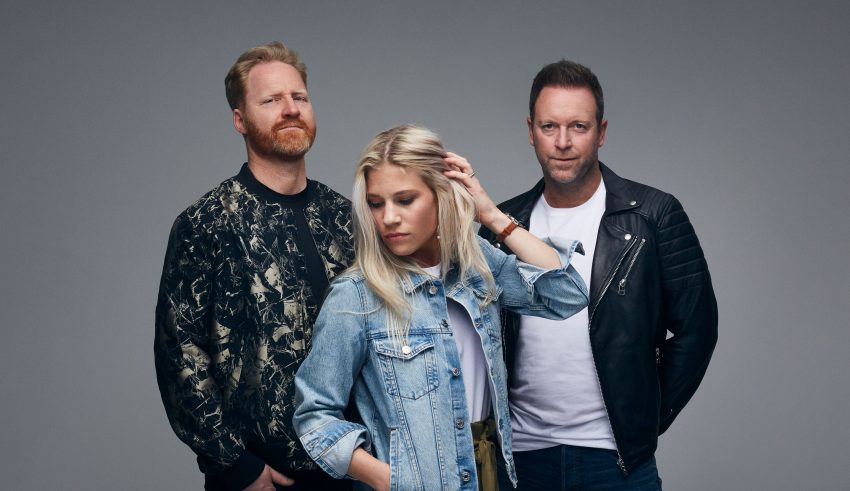 Tonight sees the Norwegian national selection – Melodi Grand Prix – take place. To celebrate, we spoke to a few of the artists taking part in tonight’s show, to gauge their feelings about the competition and their potential Eurovision participation.

First up, we spoke to funky trio D’Sound about the special message behind their song, their inspirations and their existing link to a piece of Eurovision history.

First of all thank you for your time talking to us. How are you?

We’re good, and looking forward so much to the rehearsals for the Norwegian selection in the Oslo Spektrum Arena!

We are Mirjam (vocals), Kim (drums) and Jonny (bass). Mirjam is one of the most promising young talented singers in Norway, she became “known” after her amazing appearances at the TV show The Voice. Kim is a well-known drummer and producer in Norway most known for writing the song “Glow” with Madcon which was performed in Eurovision 2010, and also introduced the concept of a “flash mob” to Europe. Jonny is a well-known bass player in Norway and has appeared with artists like John Legend, Akon & Rihanna.

Your song that you will be presenting for Melodi Grand Prix is “Mr. Unicorn”. What can you tell us about the song?

The Song is about a guy named Charlie. He was never popular in the childhood years, because he was different and good, and the girls only liked the badass boys. He didn’t let that stop him from being strong and kind, but it also made him feel lonely . The person in the song sees that and knows that she is in love with him. She knows that he is unique like a unicorn. He is her Mr. Unicorn. And she loves that he is brave enough to stand out and wise enough to keep his character through life.

We had worked on a cool instrumental with the producer Magnify and it was a supercool vibe in the studio. Mirjam came up with some dope melodies to the track and when the concept of Mr. Unicorn surfaced, based upon her own experiences from early days, the song just came naturally, but definitely inspired by fact that we got asked to participate with a song.

It’s become the most important singer-songwriter contest in Europe and yes, we watch it every year. “Euphoria” and “Fairytale” are entries that we love!

Yes, we really think so! It’s an amazing opportunity to reach a lot of new people with our music!

That we’ve only played together for 1 year!

The first time Mirjam heard Anastacia’s “Paid My Dues” she knew that she wanted to be an artist.

D’Sound will compete with “Mr. Unicorn” in Melodi Grand Prix,  Norway’s selection for Eurovision 2019. #YOU can catch D’Sound’s performance tonight (2nd March) as they hopes to qualify for the Eurovision Song Contest.